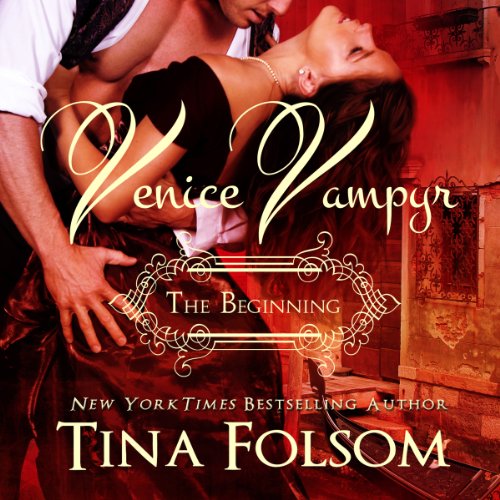 Isabella Tenderini, a wealthy merchant's widow rescues a stranger from drowning in one of Venice's canals. And how does the man repay her selfless act? By kissing her - her, a respectable woman. Not only is Raphael di Santori grateful for his life being saved, he would also like to thank his rescuer very intimately - more intimately than decorum allows. But then, Raphael has never been one to play by the rules - as a vampire he doesn't have to.

Venice Vampyr #2 Final Affair Viola has been given three months to live but she refuses to die a virgin. She travels to Venice where she wants to experience physical pleasure with a man without causing a scandal for her family. Afterward, she plans to take her own life to ensure she exits the world painlessly and with dignity. Unfortunately, the man she meets in a disreputable club couldn't be a worse choice for her plans.

Dante, a hedonistic vampire, saves Viola from a violent rake. To stop her from seeking out even more dangerous men to find carnal pleasures, he offers her a night of passion in his arms, only to discover she's a virgin. Viola flees, disdainful of the sex act and determined to end her life. Horrified, Dante stops Viola from harming herself and proceeds to deliver the pleasure he promised - one kiss and one touch at a time until she's ready to take all of him, over and over again.

Venice Vampyr #3 Sinful Treasure When vampire rake Lorenzo Conti finds a beautiful woman sleeping in the bedchamber of his newly aquired home, he believes her to be a housewarming gift bestowed upon him by his thoughtful friends. There's only one thing to do with such a delicious present: ravish her!

What listeners say about Venice Vampyr

Would you be willing to try another book from Tina Folsom? Why or why not?

Because I prefer to know the end of a story, I would probably get the next book. If it does not get better that will be the end of this series for me.

I have no favorite scenes as yet.

Was Venice Vampyr worth the listening time?

This has been a kind of disappointment for me. Why? Because Ms Folsom lost the plot along the way. She has a good story line to follow with developing the fight between the vampires and the vampire killers, but this part of the story get's dropped for most of the book. It would be so much more interesting if she would concentrate on this battle as well as the sex life of the vampires.

Like I said, I'll get the next book in the series just to see if the story line develops into something substantial, but if it doesn't, I'm over this series. Eric G. Dove is one of the better narrators here on audible.