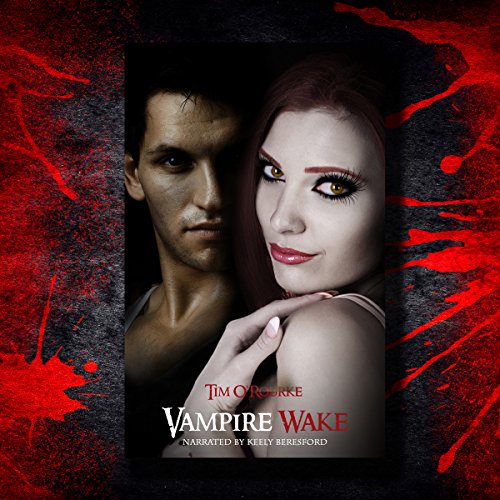 Since escaping from The Ragged Cove and finding herself suspended from the police force, Kiera Hudson is hired by the mysterious Lady Hunt to protect her 16-year-old daughter from a stranger she believes is lurking on the moors. But little does Kiera know that it is she who will need protecting.

Arriving at the Hallowed Manor on the desolate Welsh Moors, Kiera soon realises that the vampires she has been seeing are not just the stuff of her nightmares, but are very real - and are closing in.

If Kiera is to escape the vampires who hunt her, she will have to discover the true identity of the bandaged man, the secret of the children's graveyard beneath the weeping willows, and who, or what, is hiding in the "forbidden wing" of the Hallowed Manor.

What listeners say about Vampire Wake

I loved reading this series and now I’ve started listening to them is even better , Keely Beresford is outstanding as narrator I can’t wait to listen to book three .

After this I found myself looking for books narrated by Miss Keely Beresford. Phenomenal