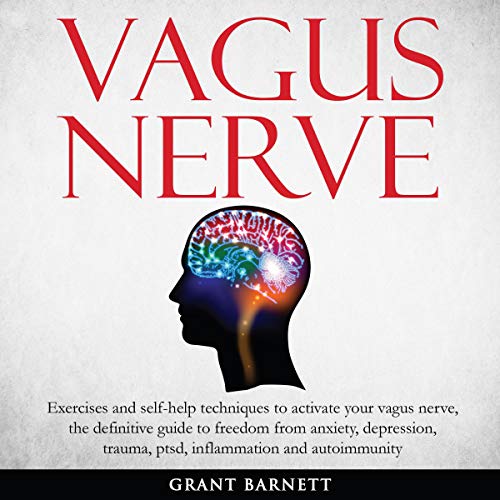 This book vagus nerve, makes a vivid explanation on the multi-faceted importance and effectiveness on vagus nerve.

Do you want to know more about the Vagus nerve? What it is, anatomy, main functions, how to stimulate, activate and various alterations

The vagus nerve, also known as the pneumogastric nerve runs from the brain to the abdomen, and along its path it gives rise to several branches that innervate various cervical, thoracic and abdominal organs, with sensory and motor functions, being important for the maintenance of vital functions such as the regulation of heart rate and blood pressure, for example.

The pair of vagus nerves, located on each side of the body, are the 10th pair of a total of 12 cranial nerves that connect the brain to the body. As cranial nerves are designated by Roman numerals, the vagus nerve corresponds to the X pair, and is considered the longest of the cranial nerves.

Certain stimuli to the vagus nerve, caused by anxiety, fear, pain, temperature changes or simply by standing for a long time, can cause the so-called vasovagal syndrome, in which the person may have severe dizziness or fainting, since this Nerve can cause a decrease in heartbeat and blood pressure.

The vagus nerve is the largest cranial nerve and originates from the back of the medulla, a brain structure that connects the brain to the spinal cord and leaves the brain through an opening called the jugular foramen, descending through the neck and thorax to end up in the stomach.

During the journey of the vagus nerve, it innervates the pharynx, larynx, heart and other organs, and it is through it that the brain detects how these organs are and regulates their functions.

The book make a lot of emphasis on friendship with the nervous system, presents the science of connection and provides a basic fluency in the language of polyvagal theory. These chapters set out the essential elements of the theory, build a solid knowledge base and set the stage for working with the clinical applications presented in the rest of the book.

Mapping the nervous system, focuses on learning to recognize response patterns. The files presented in these chapters generate the ability to identify in an predictable way the location of an individual in the autonomous hierarchy.

Traversing the nervous system, is based on the newly acquired experience in the identification of autonomous states and adds the following steps of the process: learn to track response patterns, recognize triggers and identify regulatory resources. A range of practices of “being present” is presented to support a new way of tuning in with the patterns of action, disconnection and commitment.

Shaping the nervous system, explores the use of passive and active pathways to tone the autonomic nervous system and reshape it so that it has greater response flexibility. These chapters offer ways to activate the regulatory capabilities of the vagal ventral system through current interventions and practices that begin to direct the system towards the search for connection security.

What listeners say about Vagus Nerve