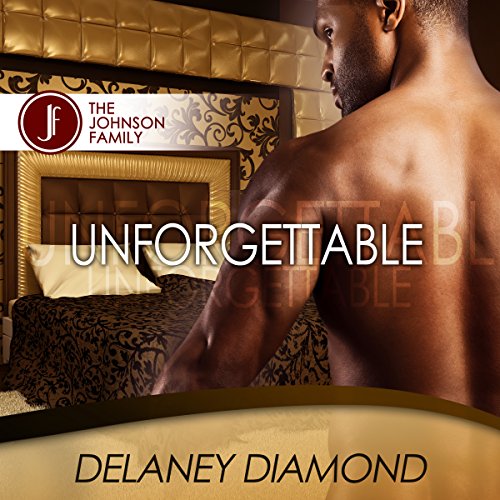 She offered everything he never knew he needed.

Ivy Johnson is stunned when Lucas Baylor makes an appearance at her family's event in Seattle. She hasn't seen him in nine years and never expected to again. Avoiding him is a must. She can't let him uncover her secret, but Lucas won't be denied. When her deception is revealed, it throws his life into a tailspin and forces them to face the truth of their feelings for each other - feelings they've both tried in vain to forget.

What listeners say about Unforgettable

Well read but not by someone from the culture...

The story was awesome, and the narrator was not horrible. I almost did not listen because of other reviews, but I am glad that I gave it a try. The narrator did not seem to be a man who has the same melanin composition as the cover model. He read well, but the cultural differences of cadence, tenor, and pronunciation make a difference.

What does Michael Pauley bring to the story that you wouldn’t experience if you just read the book?

I really liked his narration of this book. He did a really good job with the characters and drew me more into the story. I don't think I would have liked it as much if I had read it.

Just shock. There were a lot of revelations in this book. Also the flashbacks of the couple made me think awww. You could tell they had a real connection in the past.

I really liked the premise of this story. You can kind of just tell what Ivy's secret from the past is. I understood Lucas's stance on the whole thing and it took a while to see why Ivy did what she did and I think if she would have revealed that earlier this couple would have came together sooner. I understood Lucas's issues too. At first I was wondering why he was so cold to Ivy in the beginning but as his reasons began to emerge I could see his side. I was wondering how Ivy and Lucas would get over their past issues and I really liked the resolution to the conflict. I look forward to reading more from this author.

What a cute romance

I really got caught up in thus romance novel. I was so surprised that the author didnt over kill the sex scenes. It was just enough to keep you want the two to get together.

I absolutely love this book. More than I expected. Absolutely Amazing I kid you not!

The narrator sounded like a robot who is out of breath. It was hard to listen and vet through it.

Can't wait to read the next Johnson Family story.

Great love story. I wish all of her books were audible. Totally enjoyed this book.

I really enjoyed the story line but it was hard to get pass the bad southern accent. I had to keep reminding myself to focus on the story and not the person narrating it. I plan to continue the series and hope to get through it without letting the accent turn me off.

I loved it from the beginning to the end. The characters kept me on my toes.

I'm on the fence about the narrator, but I still enjoyed the story. Lucas still deserves to be punched in the eye for that foolishness he pulled.