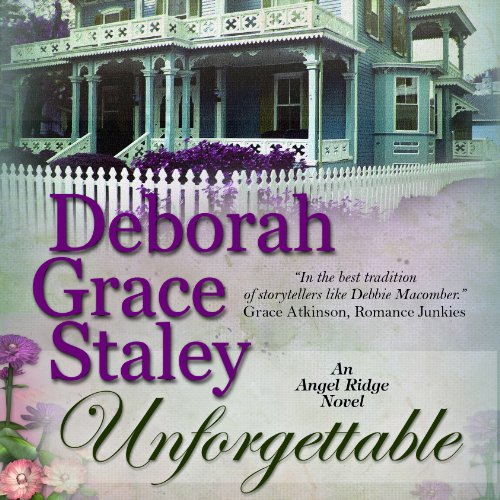 Patrick Houston has worked hard to make changes in his life so he can be someone his children and Angel Ridge will be proud of. But Frannie Thompson is back in town reminding him of a time when he'd been out of control and failing the people in his life. Can love and loyalty grow from such a rocky start?

Was Mayor Patrick Houston actually going to pretend he didn't know her?

"What can I do for you, Ms. Thompson?" he repeated.

Frannie looked at the file in her lap, resting on top of her briefcase. She had moved to Angel Ridge to open a non-profit business that would help people struggling to find jobs and housing. She couldn't just walk away. But this encounter with Houston was unbelievable.

He was in for a shock if he thought she would play along to make this more comfortable for him. "I had no idea you were the mayor. Your first name isn't on any of the information I've seen. Just your initials."

He absently rubbed his chin, which made her notice he hadn't bothered to shave.

"Yes, well, the only thing anyone around here cares about is that my last name is 'Houston'." He actually smiled then and added, "A Houston has been the mayor of Angel Ridge for more than a hundred years."

"How nice for you." She stood. "However, it's your first name that would have mattered to me, since that was all you cared to share. It would have also been nice if you'd included that you're married."

Deborah Grace Staley is a life-long resident of East Tennessee. Married to her college sweetheart, she lives in the Foothills of the Smoky Mountains in a circa 1867 farmhouse that has Angel's Wings in the gingerbread trim. She is working on the next novel in the award-winning, bestselling Angel Ridge series. Visit her at www.deborahgracestaley.com.

What listeners say about Unforgettable

Some pretty heavy topics in this story. I am a bit disappointed not all were resolved that should have been, or at least addressed.