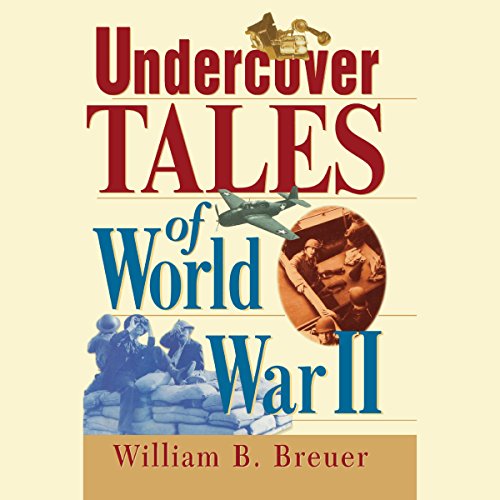 By: William B. Breuer
Narrated by: Tom Perkins
Try for £0.00

"Most of these surreptitious events would have been rejected by Hollywood film producers as implausible—yet they happened and helped to shape the outcome of the war."

Going beyond the well-known history, this book offers World War II buffs and history fans something altogether different. Just beneath the surface of the traditional perspectives and legendary events lurks a vast and shadowy world of virtually untraceable maneuvers, deceptive appearances, and confidences betrayed. Breuer deftly uncovers 70 covert operations and insidious plots, including:

In the vivid, fast-paced tradition of Unexplained Mysteries of World War II, this far-reaching treasury of vanishing spies, mysterious kidnappings, and bizarre subplots is a unique and riveting addition to World War II literature.

What listeners say about Undercover Tales of World War II