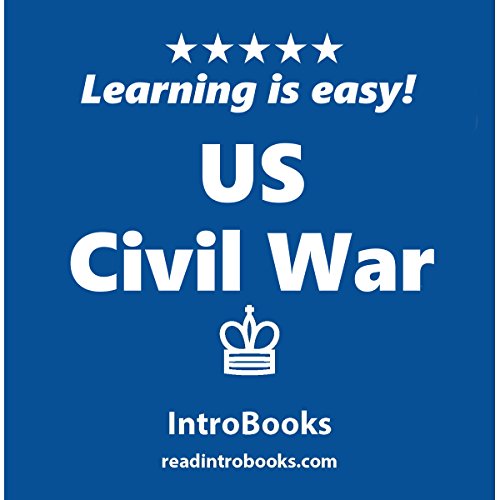 By: IntroBooks
Narrated by: Tracy Tupman
Try for £0.00

War is always a negative entity that is associated with a lot of bloodshed, loss of life and destruction of infrastructure. Wars have always led civilizations to go back by several centuries. Children become orphans, the country becomes bankrupt and the whole scenario changes from a happy one to a highly depressed one. This depression is not merely mental but also economic and financial because it drains the people and their country of resources. That being said, war is also the instrument of much-anticipated change. It is said that it is only after destruction that the new creation can happen and this appears to be true of the US Civil War. This war was fought between the residents of the same country for the sake of the freedom of a section of the society that they lived in. This issue was that of the slavery of the African American people who had no rights in the society. The freemen of the land joined hands with their African American fellows and fought a war with other freemen who were against the abolition of this age old tradition. On one side there was a consideration for the human rights of the fellow humans who were being enslaved due to their skin color while on the other hand, the so-called masters of these slaves did not want to give them up, due to economic considerations. This war is known to have been fought not just between two governments but also between the people who had known each other since their birth such as neighbors, brothers and other family members, who fought on opposite sides for the sake of their beliefs.

The war lasted for four years and saw many drastic changes in American society. The oppression that had been widely accepted suddenly became something that was unacceptable and was viewed with criticism by one and all. The torch bearer of this change including the war was the then president of the US, Abraham Lincoln.

Abraham Lincoln not only took the initiative of abolishing slavery but also brought all states under one central rule, making it clear to one and all that the United States of America is indivisible. This story is a major landmark in the history of the world that learned about equality of all human beings in spite of different skin color, origin and language.

What listeners say about US Civil War