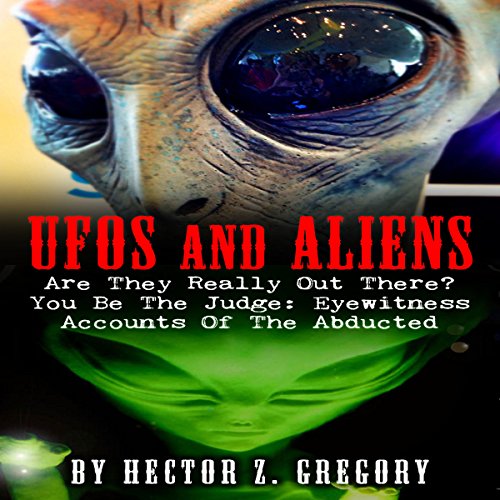 By: Hector Z. Gregory
Narrated by: Harmon Gamble
Try for £0.00

Recently women have been coming forward claiming that these aliens have taken them to see their offspring, these hybrid human-alien creatures.

Most of the time, people just roll their eyes and chalk these stories up to wanting attention or a mental illness, but what would you do if it was you?

As you go through the stories that are in this book, really think about what the person went through. Open your mind up and ask yourself, what did they have to gain by claiming that they had been abducted?

We're going to begin this book by taking a look at the history of aliens, asking ourselves if it is possible that they really do exist. We'll learn about ancient aliens, compare the mythological gods to alien creatures and even talk about the relation between aliens and demons.

What listeners say about UFOS and Aliens