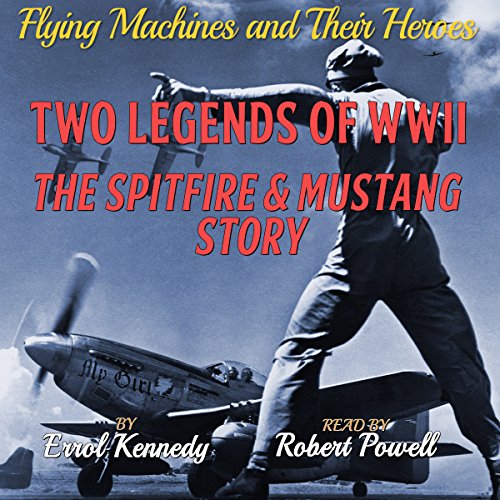 Two Legends of WWII: The Spitfire and Mustang Story

The fourth book in the series tells the amazing story of the two most famous fighters in World War II.

The Spitfire, the much-loved aircraft of the British nation and the RAF, became a symbol of British strength, hope, and defiance during WWII. It is considered to have been the most effective fighter during the Battle of Britain.

The Mustang was unquestionably the finest of all the USAF fighters. This wonderful aircraft's maneuverability, speed, and range enabled it to penetrate deep into enemy territory therefore earning the title as probably the best all-around, single-piston engine fighter to be deployed by any of the combatants in WW II.

What listeners say about Two Legends of WWII: The Spitfire and Mustang Story

Finally, a Refreshing and Honest overview

I have spoken with quite a number of Brits who honestly believe the Spit to be "the" superior plane of WWII. The fact is the Spit, while a great plane, was a previous generation to the Mustang. They site a few areas where the Spit outclasses the Mustang, but the fact is that those areas were considered tradeoffs in creating a worldclass plane, the Mustnag. Truly a well presented unbiased analysis of both great planes.