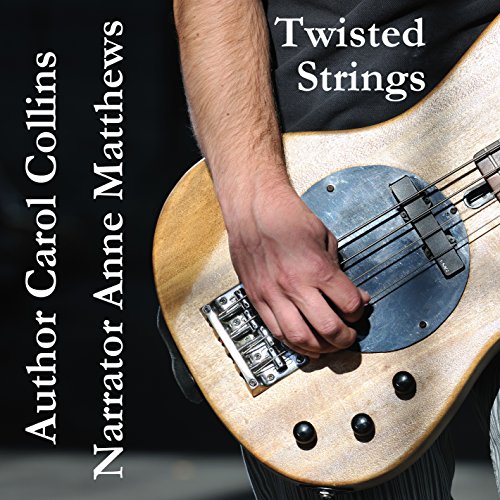 On holiday in Paris with her sister, Christina was welcomed into Les Enfants, a happy, carefree group of young people headed by the handsome Dominic. His magnetic charm attracted her, but so did the athletic good looks of tennis star Keir Deneuve, only he was her sister's boyfriend. Then tragedy killed all their happiness, and Christina was forced to return to England.

Five long years have passed before she meets Dominic and Keir again, and by then their fortunes have been reversed. Dominic is a successful singer, Keir an embittered has been. What caused his downfall, and why do they hate each other? Which man does she love? Christina will encounter heartache and danger in her search for the answers.

What listeners say about Twisted Strings

Love Anne Matthews narration, this is another heart wrenching story on so many aspects love.

I loved this one. There was plenty of tension between the characters and even a little mystery. Usually I have a guy that I like and route for him but I found myself liking both guys so I felt sorry the one she did not pick.
I loved the scene at the end when he was in the hotel room. I was an emtional scene, I hope we get his story and ends up with a happy ever after too.
This book is about understanding how others feel and what drives them to do things that you would not expect them to do.