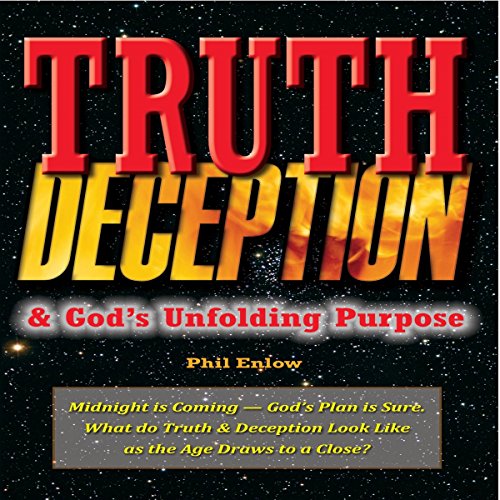 2000 years ago Jesus invaded a world dominated by satanic darkness. He promised that he would build his church and that the gates of hell would not prevail against it. He also warned of great deception to come - specially at the end of the age. Then he turned the apparent defeat of the cross into the glorious victory of the resurrection, later ascending to a throne far beyond Satan's reach. As the end of the age draws near Satan is raging against his inevitable fate, doing all in his power to drag as many as possible down with him. His main weapon is deception and his efforts have largely succeeded in compromising, dividing, and counterfeiting Christ's true church in today's church world. Does that mean that Christ has failed? Never! God's purpose is sure and on track. But where does that leave the individual believer? What do truth and deception look like in today's world? How can we tell? What is God's purpose? Where is He going with all this?

Truthful and needed! Wake up sleeping church! If Satan can decieve 1/3 of the heavenly angels, do not think you are incapable of deception.