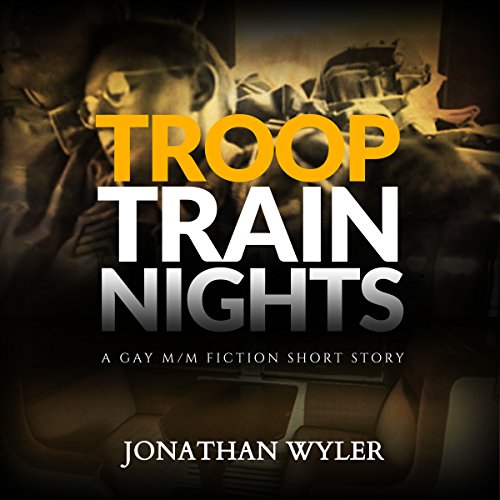 By: Jonathan Wyler
Narrated by: Drake Stone
Try for £0.00

Set in World War II in 1943, Troop Train Nights is a 4,050-word short story about two young G.I.s on a train, on their way to war. One is a closeted gay former swimmer and gymnast, teed off because the army has seen fit to make him a clerk-typist. The other is a womanizing, muscular, overconfident Italian-American paratrooper from Detroit. They are reluctantly paired off on a train trip to a port of call where they will ship overseas. This is the tale of their experiences and an unlikely connection. Intended for mature audiences due to some graphic language and sexual content.