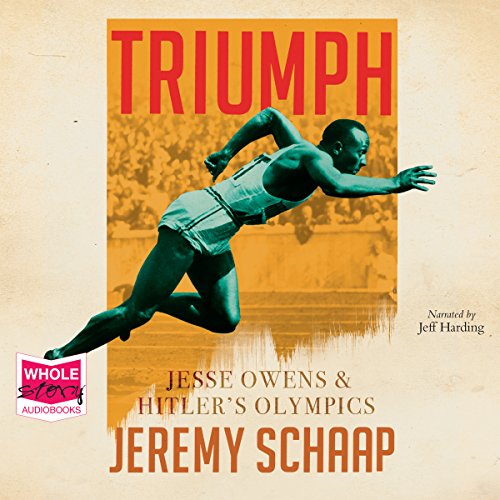 In 1936, against a backdrop of swastikas flying and storm troopers goose-stepping, an African American athlete won a staggering four Olympic gold medals. Jesse Owens, the son of sharecroppers, had single-handedly crushed Hitler's myth of Aryan supremacy. The story of Jesse Owens at the 1936 games is that of a high-profile athlete giving a performance that transcends sports. But it is also the intimate and complex tale of the courage of one remarkable man.

With his incisive reporting and rich storytelling, Schaap reveals what really happened over those tense, exhilarating weeks in a nuanced and riveting work of sports history.

"Schaap leaves readers with a vivid portrait not just of Owens but of '30s Germany and America." ( Sports Illustrated)

HERO WORSHIPPED - AND MUCH DESERVED!

A very detailed biography of, in my opinion, the greatest athlete to have lived. A shameful depiction of the German nation is told with great emphasis, and rightly so.