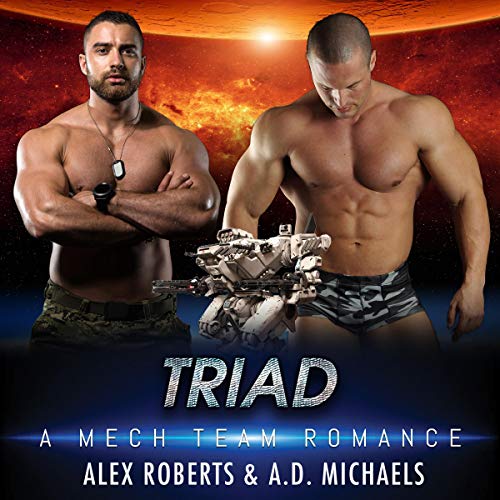 By: Alex Roberts,A.D. Michaels
Narrated by: Drew Leland
Try for £0.00

How to thank a man for having your back? Or two men, for that matter...

Skyler is a rookie in his mech unit and far from Terran, deep in Kijaghri space. After seizing a Kij transport as lawful plunder, Skyler and his two veteran teammates take some much needed R&R in the Kij ship’s luxurious captain’s quarters.

Through rogue mech attacks and space-side patrols, the mech triad bonds into a cohesive unit, on and off the battlefield. The bond between the veteran men Aarnie and Val is strong - something the inexperienced Skyler yearns for.

Through battle and sweat, will these three men be able to turn their battle bond into a lasting union?

What listeners say about Triad