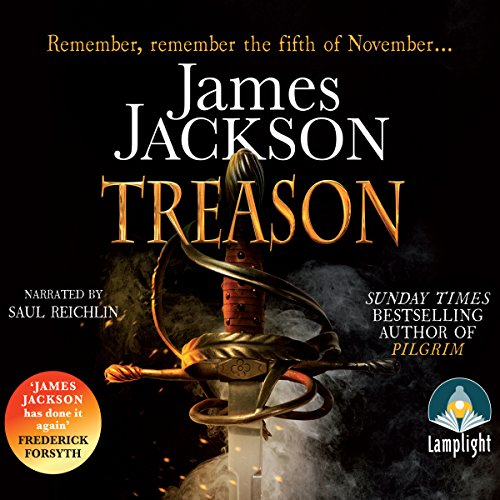 Behind the famous rhyme lies a murderous conspiracy that goes far beyond Guy Fawkes and his ill-fated Gunpowder Plot.

In a desperate race against time, spy Christian Hardy must uncover a web of deceit that runs from the cock-fighting pits of Shoe Lane, to the tunnels beneath a bear-baiting arena in Southwark, and from the bad lands of Clerkenwell to a brutal firefight in The Globe theatre. But of the forces ranged against Hardy, all pale beside the renegade Spanish agent codenamed Realm.

A very good story, with plenty of intrigue. Gripping from beginning to end. The character Christian Hardy is a true hero.

An interesting version of the Guy Fawkes conspirac

An interesting version of the Guy Fawkes conspiracy, with excellent narration from Saul Reichlin. A tale of intrigue and suspense, of spies, murder and an assassination plot to kill the King himself. A well crafted historical dramatization set In the days of William Shakespeare, with Catholic subversives against the Anglicans supported by England's King James. This one is in the top tier of my library.