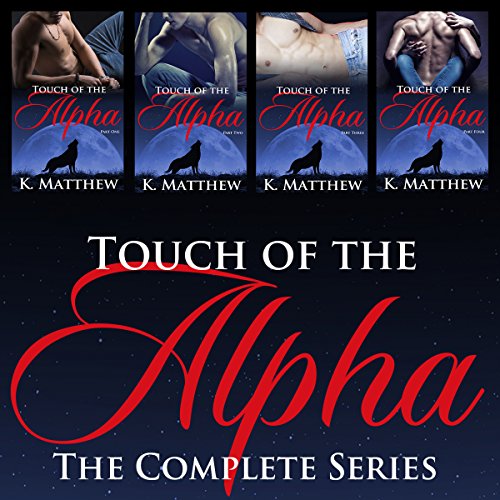 Touch of the Alpha: The Complete Series

All four parts of Touch of the Alpha are now together in one boxed set!

Karen was a disgrace to her pack. Every steadfast rule that her pack held dear, she insisted on breaking in an attempt to free herself from the bonds of a lineage that had been slowly dying out for centuries.

When she's sent off to Sky High Ranch for werewolf reform, Karen thinks that she'll spend the month in boring therapy sessions. Nothing is as it seems at Sky High Ranch though, including Carter, the sexy regional Alpha. He has a different kind of reform in mind for Karen, the kind that involves making her his forever.

What listeners say about Touch of the Alpha: The Complete Series

I loved this series, it allowed me to escape my reality just for a few moments.

CAN'T HELP WHO YOU FALL IN 💘 WITH

Loved it. A beautiful love story of the Alpha of a Region Chance falls in love with a lowly shifter who was more human than Wearwolf & she was sent to him to get a wolf shifting and things change forever for the both of them.

A love story that is supposed to be forbidden. Luckily there are people and places that will allow what is meant to be....