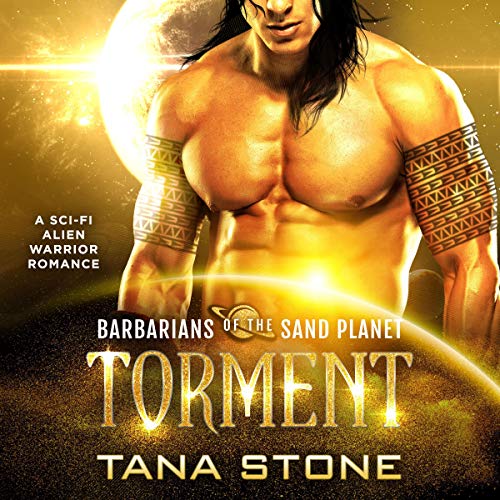 Tori wants nothing to do with the gorgeous, sand planet barbarians. Too bad she’s stuck with the cockiest Dothvek alive.

Stowing away on the enemy ship to sabotage it may not have been Tori’s best idea, but she meant for it to be a solo mission. She never planned for a huge Dothvek warrior to come along for the less-than-pleasant ride. And why did it have to be Vrax, the arrogant barbarian who gets under her skin so much? When he gets captured and offloaded to an alien slave market, she knows she can’t leave him behind. But can she save him from the notorious slavers and get back to her crew on the sand planet?

Vrax can’t explain his need to protect the fierce bounty hunter. She certainly doesn’t welcome his help, although her protests only seem to add fuel to his fire. When he’s taken to an alien city known as the Den of Thieves, he fears he may never see her or his home ever again. Especially when he’s purchased by a madam who has very specific plans for the hunky warrior.

What listeners say about Torment: A Sci-Fi Alien Warrior Romance