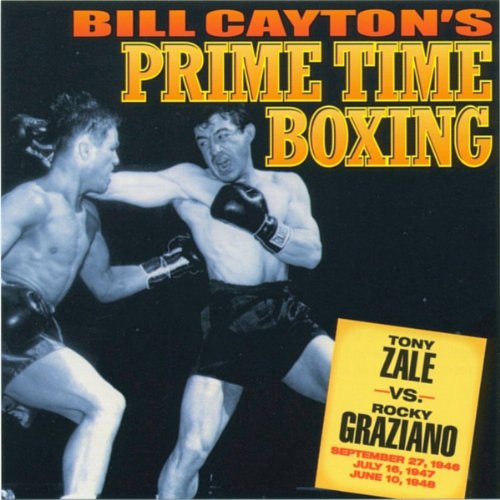 This recording contains the original radio broadcasts of the first and third Tony Zale vs. Rocky Graziano fights - acknowledged as two of the most exciting fights in the history of boxing. The first and second Tony Zale vs Rocky Graziano fights were never filmed nor televised; this soundtrack is the only known recording of the classic first fight, which took place September 27, 1946.

The original radio broadcast of their first fight was aired long before the advent of modern recording equipment, and while no expense has been spared to enhance the quality of the broadcast, this authentic recording is subject to the background noise and volume drops associated with broadcast radio.

What listeners say about Tony Zale vs. Rocky Graziano