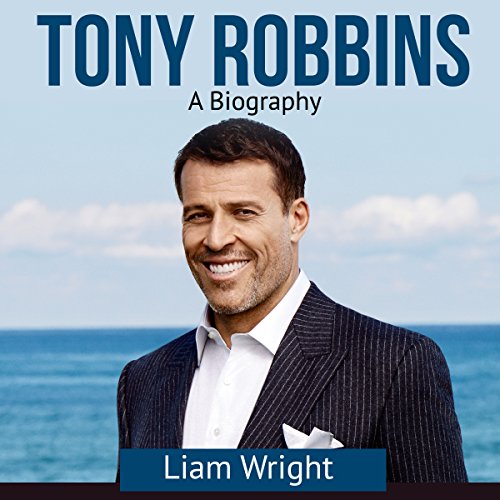 Born as Anthony J. Mahavoric, Tony Robbins entered this world on February 29, 1960, in North Hollywood, California. As the oldest sibling in a family of three children, Tony learned from a young age to demonstrate leadership and solve problems on his own rather than seeking higher authority.

Tony's leadership was tested when he was only seven after his parents divorced. With Tony's mother being forced to work long hours, she was unable to care for the children as they needed. Tony filled this position while his mother was at work. Along with being a single parent, Tony's mother was addicted to drugs and alcohol, leading to much physical abuse inflicted on Tony and his siblings. For this reason, Tony says he became a psychiatrist before he even graduated high school. Though not formally recognized with a PhD, Tony learned to be a keen judge of human behavior and emotions simply as a way to survive his mother's abuse.

Following his parent's divorce, Tony's mother dated and married several men, but infidelity and impatience lead to divorce after divorce. One of these husbands, Jim Robbins, used to be a semi-professional baseball player. Sensing Tony needed more than a father figure but rather a true father, Jim legally adopted Tony when Tony was 12 years old. Jim's days of baseball were over, however, and he was forced to take up sales as a way to provide income. Because this work was not particularly flourishing at the time, Jim's paychecks barely covered the bills, forcing the family to sacrifice celebrating Christmas and Thanksgiving for lack of a savings account.

I'm familiar with what Tony does, but was surprised by his turbulent childhood. It's amazing how mentally stable, he is considering how dysfunctional it was. And even though he came from nothing he hasn't let greed rule him. His big heart is inspirational. Tony's charitable food cause is a wonderful thing. I found this bio pretty interesting and learned quite a bit about Tony. The narrator did an outstanding job in reading this book. I would recommend this book to a friend. I was given a free copy of this book and have voluntarily decided to leave this review.

I adore Tony Robbins, but the narrator was AWFUL and the story was like reading a hodgepodge of newspaper accounts. No quotes by Tony no true inspirational information. Seemed like they just wrote out his Wikki profile.

this is a decent biography in that it gives the reader a factual rundown of Tony's life. what it lacks is the depth of who he really is, something I feel many biographies portray.

the reading was hard as it was akin to a 1940's play-by-play announcer. if you want a quick, factual rundown of Tony's life, bullet point format, it's not bad.

I feel cheated. the story was very superficial. It gave very little detail about Tony's success and failures. There is so much to Tony's story. I had to speed up the book to 1.25 speed in order to bare to listen to the narrator. I want my money back.