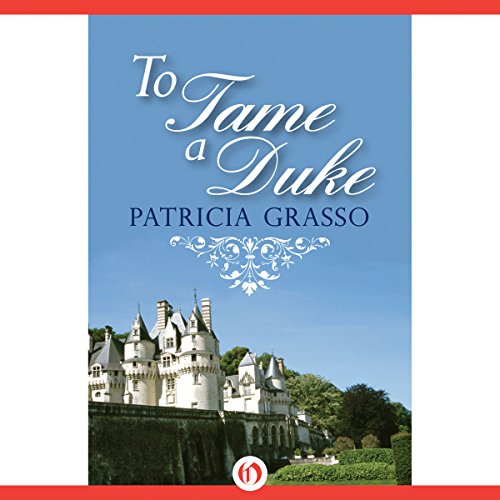 To Tame a Duke

By: Patricia Grasso
Narrated by: Felicity Munroe
Try for £0.00

Set against the turbulent historical background of the War of 1812, this star-crossed romance portrays a grieving English nobleman, James Armstrong, the 14th duke of Kinross, who has come to America bent on avenging the death of his elder brother, the 13th duke, who was betrayed to American troops and executed.

He is in pursuit of the Gilded Lily, a spy catcher of formidable reputation and great skill. When he finds his prey, he is dismayed to discover that the Lily is no common soldier; she is 18-year-old Lily Hawthorn, the beautiful, raven-haired daughter of a tavern owner with sapphire eyes and a daring spirit.

James kidnaps Lily and her eight-year-old brother and returns with them to England, intending to keep them prisoner until the end of the war. He decides to make her fall in love with him - and then break her heart, but all romantic hell breaks out when he himself falls in love.

What listeners say about To Tame a Duke