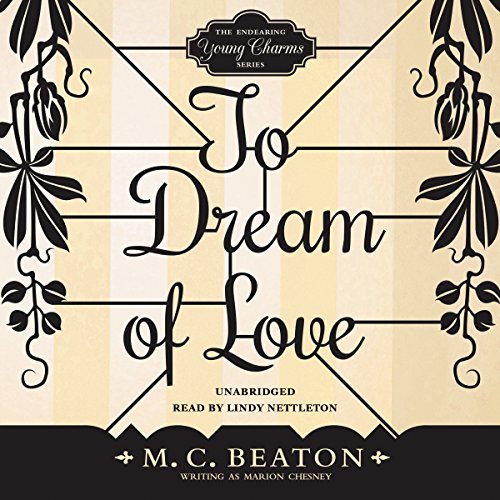 To Dream of Love

Two sisters vie for a notorious marquess in this historical romance by best-selling author Marion Chesney.

Must one sister suffer in poverty while the other lives in the lap of luxury? This question plagued Harriet Clifton incessantly. Inviting herself to her widowed sister Cordelia's posh London townhouse for the season was surely the only way to meet a suitable partner as well as escape drafty old Pringle House forever.

The vain Cordelia was meanwhile casting her net for the notorious marquess of Arden, a man who would rather court a mistress than wed a wife. Who would have believed that the marquess would succumb to Harriet's countrified charms? Or that Cordelia would stoop quite so low as to try to conquer the marquess at her own sister's expense?

What listeners say about To Dream of Love

A bit silly but enoyable

Not memorable but light listening while exercising or gardening. The narrator was better than the story.