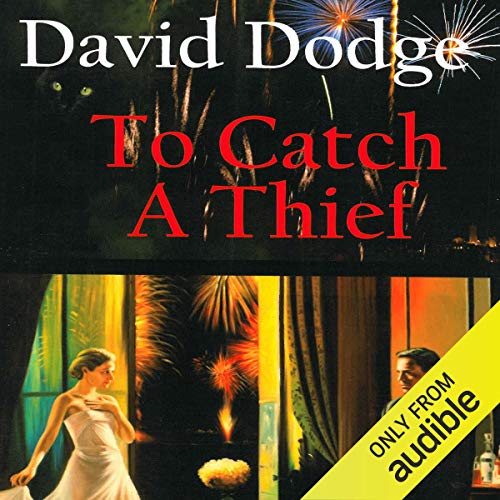 To Catch a Thief

To Catch a Thief

This is the novel that inspired Hitchcock's Oscar-winning film with Cary Grant and Grace Kelly. A retired cat burglar is trying to live a quiet life in the South of France, but when a copycat burglar commits a string of robberies that resemble his old crimes, he must catch the thief before the police catch him. Performer Jeff Loeb narrates in a gentle, dignified voice with competent French pronunciations, while an informative introduction and afterword add context. Listeners who love travel, glamorous locales, and action-packed rooftop chases will enjoy this one.

To Catch a Thief is David Dodge's most famous novel, and rightly so. Alfred Hitchcock firmly cinched its place in the annals of crime fiction by adapting it into an Academy Award winning film starring Cary Grant and Grace Kelly.

The story centers on John Robie, American expatriate and skilled gymnast, who once-upon-a-time was Le Chat, the famous and elusive cat burglar who worked the South of France. The legend of Le Chat grew with each crime. Following the war, Robie retires to a quiet life in France and vows to leave his past behind. His retirement is shattered when a copy-cat burglar commits a string of robberies that puts the police on Le Chat's trail again. Robie must catch the phony Le Chat before the police catch him.

superior to the film

tried this since I was a fan of the Hitchcock film and wanted to hear the original. & actually this is very good and very well narrated and after I finished I rewatched the film and found the book to be far superior, sorry Hitchcock fans. this is a lighthearted (for the most part) mystery/caper love story and i enjoyed it start to finish.