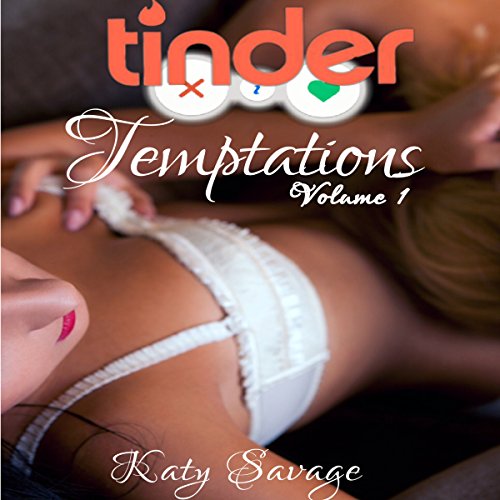 This is part one in the Tinder Temptation series. This series explores encounters from people meeting on Tinder that have no limits and no boundaries. Follow Ashleigh as she explores a new dark and kinky side of herself. One that she had never thought she was capable of.

Ashleigh is a successful single woman traveling on business. The hardest part of always traveling for her is being in the lonely hotel room at night. She has also been single for almost a year and is starting to crave the touch of another person.

Following the advice of a few friends, she downloads the dating app, Tinder, to her phone. She is very intrigued by the possibility of meeting someone nearby. She is very surprised to see a beautiful and sexy woman show up in her Tinder results. She is even more surprised by the fact this woman looks almost exactly like a person from her past. Victoria reminds her of her old sorority sister Sara. Sara was the only woman she had ever been with. Thinking of her brought back feelings and desires that Ashleigh was dying to unleash.

Just about when Ashleigh's desire and passion were about to explode, she receives a message from Victoria. After chatting a bit, she invites Victoria over. Ashleigh couldn't imagine in her wildest dreams what was in store for her. She will experience things and performs acts that she never would have ever thought she was mentally or physically able to.

This story represents characters 18 years or older and should be listened to by that age group as well.

Best of it's Kind