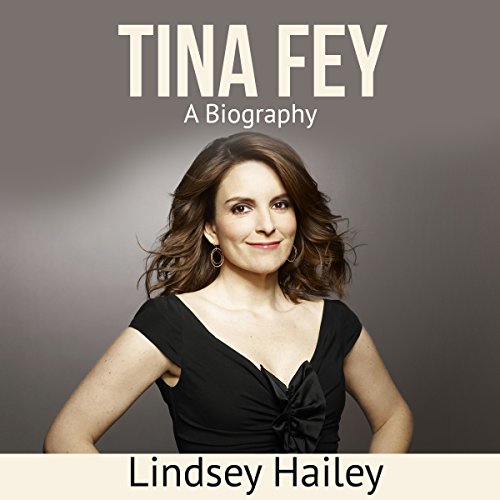 Tina Fey is an American actress, comedian, writer, and producer. She is known for her work on the NBC sketch comedy series Saturday Night Live (1998 - today), for her impression of former Alaska Governor and 2008 vice-presidential candidate Sarah Palin, and for creating acclaimed series 30 Rock (2006 - 2013) and Unbreakable Kimmy Schmidt (2015 - present). She is also well known for writing and co-starring in the film Mean Girls(2004), as well as appearing in such films as Baby Mama, Date Night, Muppets Most Wanted, and Sisters.

Fey broke into comedy as a featured player in the Chicago-based improvisational comedy group The Second City. She then joined SNL as a writer, later becoming head writer and a performer, known for her position as co-anchor in the Weekend Update segment. In 2004, she co-starred in and wrote the screenplay for Mean Girls, which was adapted from the 2002 self-help book Queen Bees and Wannabes. After leaving SNL in 2006, she created the television series 30 Rock for Broadway Video, a situation comedy loosely based on her experiences at SNL. In the series, Fey portrays the head writer of a fictional sketch comedy series. In 2008, she starred in the comedy film Baby Mama, alongside former SNL co-star Amy Poehler. Fey next appeared in the 2010 comedy film Date Night and the animated film Megamind. In 2015, she created and produced the television series Unbreakable Kimmy Schmidt for NBC before it was eventually picked up by Netflix. She also starred in the 2016 film Whiskey Tango Foxtrot.

A brief accounting of Fey's life.

I want to be clear, this is NOT a full length biography that runs on for pages and pages; instead it is a concise accounting of Fey's life. It details her background, family life, her time in school, Second City, SNL, and her life up to and after 30 Rock. It does not dwell on any particular time period too long. It provides a thumbprint in each area of her life, and allows you to see how she transformed from a gawky kid into the confident woman she is today.

This is not a bad thing. Fey's own autobiography probably has more punchlines than it provides information on the substance of her life. This is a great audio to let you know more about Fey in a short period of time. This means it is good for a jaunty car ride, trip on a train, or even a half hour walk around town. I've read a lot of comedian's biographies, and this provides a great bare bone set of details.

It would also be great if you were a student writing a paper, as it is chock full of facts, and does run up to the present day. It leaves nothing out , and even includes her thoughts on motherhood to her philanthropic works.

The narration is paced well, and is delivered matter of factly, it does not try to provide you with a set up and punch line followed by a rim shot. It states interesting facts about Fey's life, and does so in a way that keeps your attention. The only thing I fault the story for is that I think there might be a few spaces where some more details could have been provided. That, however is nitpicking.

If you enjoy biographies or Fey you will be happy you picked up this book.

A nice intro to Tina Fey. I did not realize how short it was before I bought it. Well done but short.

this whole book was only a few minutes long. barely scratched the surface of Tina's career, or any stories that were of much interest. I think this book is just designed to dupe people who are looking for a full-length book. the chapters are very quick, one is only 19 seconds long. what a rip off.

Deeper then you think...

If your only experience and interaction with Tina Fey is just watching her on Saturday night live then you don't know the full Tina Fey. Extremely intelligent witty kind hearted Person. She has a wonderful work ethic. Her spiritual faith has Helped her through life and difficult times and the challenges of being a woman in today society.

Very brief but interesting biography of Tina Fey, mainly focused on college and her career.

It had pretty pleasant narration, and it was really clear.

A super quick listen all about Tina Fey. A great compilation of the highlights from when she got her start through present day.

I was given this free review copy Audiobook at my request and I have voluntarily left this review.

Not A Fey Fan But the Writing/Narration Are Great


I'm not a fan of the subject. However, the book is well-written and informative. Lindsay Hailey fit a lot of information into the 30 minute book.

Daniel Greenberg has a wonderful voice. I enjoyed his narration and felt engaged, even though I didn't care for the subject material.

There isn't much more to write without spoiling.

Creditworthy? At less than $3, I would save my credit and purchase it outright.

Please take a moment to rate my review by choosing 'helpful 'or 'not helpful'. I invite you to follow me on Audible to read, share and read my latest reviews. Thank you.

I love Tina Fey but I really have not done much looking into her past. This book makes me want to know more about her.

Tina Fey is an iconic icon. Although her story is interesting, I thought it would be portrayed in a much more amusing way. Additionally, her life and career has spanned decades, I was expecting more. Less thAn half hour seems too short. What w is there is quality work; I just wanted more. The narration was fine, easy to listening. Army request, I was given this audiobook by the author in exchange for an honest review.