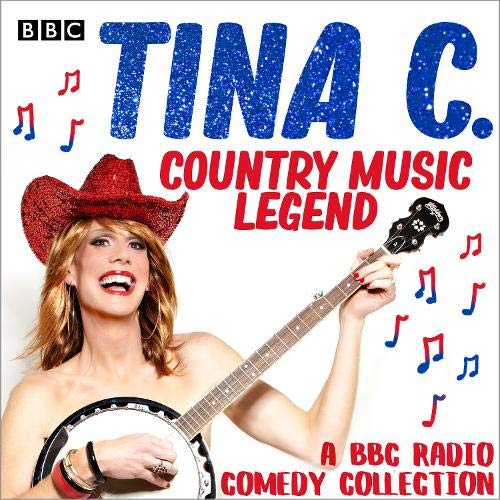 From the moment her second album, No Dick's as Hard as My Life, was released, the world took notice of country music singer Tina C. Grammy Award-winning singer, international peace icon, US presidential hopeful and poster girl for American democracy, Tina C. is the living embodiment (and what a body) of soft power. Now, in these seven sensational radio shows, she's here to recruit you to her world view. You can run, but you can't hide from Tina C....

In Tina C.: Herstory, she presents her life story, from her humble Tennessee origins to worldwide fame, and discusses her struggles with guest interviewers Raj Persaud, Jenni Murray, Ritula Shah and Bob Harris. With the help of a red-hot live band, she also recreates her biggest hits.

Tina C.'s Tiny Island Tour finds her exploring our very own Great Britain through comedy and song, bringing her inimitable brand of gingham-flavoured repartee to the US and UK's special relationship.

Tina C.'s State of the Union Tour sees her investigating just what is Europe? Visiting Stockholm, Paris, the Baltics, Ireland, Berlin and Madrid, she gets to grips with European culture.

Tina C. Goes Down Under: The Aborogynal Monologues follows the country and Western star from Alice Springs to the Gold Coast, Canberra and Tamworth as she examines Australian's love of country music.

And in Tina C.'s Election Night BBQ Special, Tina assesses her chances of becoming president and does an in-depth interview with Martha Kearney.

Tina C.'s Global Depression Tour takes her to the US, Iceland, Australia, Europe, China and the UK, as she tries to save the world from its financial mess - with the help of economists and financial journalists including Will Hutton, Paul Mason and Gillian Tett.

Finally, in Tina C.'s Commonwealth of Nations: The Empire Strikes Back, Tina - fresh from the 2014 Commonwealth Games' spectacular opening ceremony - guides a Glasgow audience through her own unique take on the Commonwealth and why she should be in it.

Written and performed by Christopher Green.

"One of my favourite performers...witty, often outrageous and always in tune!" (Sir Ian McKellen)

"Christopher Green's Tina C. is one of the great comic creations of the age. A genuinely fine country singer, but with a twist of satire and insight which is rare and to be highly prized." (Stephen Fry)