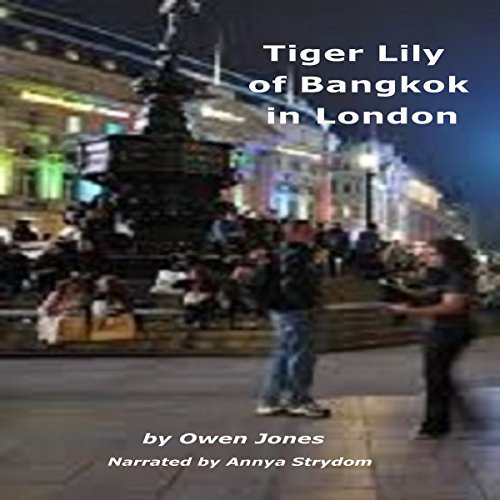 Tiger Lily of Bangkok in London

After the devastating effect her rampage had on her own life and the citizens of Bangkok in her early days as a medical student there, Lily's life quietened, and she settled down to her studies. After two years, she won a scholarship to work in Great Ormond Street Children's Hospital in London and moved there without Ron, who continued his education in Bangkok.

Tiger Lily of Bangkok in London picks up her story in her second of two years as a student doctor at the hospital. She loves her job there and gets on well with the staff and child patients alike, but she has no friends outside work. On one of her days off, she reads an article in The Sunday Times about organised paedophile rings in London involving the very establishment of the country itself, and it incenses her. She can either ignore it or get involved.

Her first reaction is to avoid rearousing the demon that had possessed her in Bangkok only a couple of years earlier, but when she meets fellow victims of child abuse, the die seems cast.

This story is not for the squeamish, but it does not describe acts of child abuse. It does, however, make frequent references to notorious scenes of child abuse, especially the infamous "Meat Rack" on Piccadilly Circus in Central London. Many of the issues raised are still under police inquiry at the time of writing, although few people expect anything to come from them. Shame on our so-called leaders, who would rather protect the powerful abusers than the powerless abused!

What listeners say about Tiger Lily of Bangkok in London

Rather topical in the light of Harry and Meghan, but I don't think so. . .

Topical in light of Meghan and Harry. I wouldn't put it past the British royals!

I was given this free review copy audio-book at my request and have voluntarily left this review. This review is for the audio copy of Tiger Lily of Bangkok in London The Tiger Re-awakens! (Volume 2) by Owen Jones and narrated by Annya Strydom. Book 2 of the series; good follow up to the original story. This is a mix of MacGyver for making weapons, Remo Williams for assassin abilities and Jack Reacher for taking care of what needs to be taken care of. It is written such that you are pulled into the story and makes you care for or loathe the different characters. Narration in this book was good for the story. I experienced some audio fluctuations but they were minor. Overall an entertaining, fast paced, action filled story that has you cheering for the protagonist and appreciating the demise of the antagonists.

I really liked this as a follow-up to the first book, though the ending seemed a bit abrupt. It was fun to see what Lily has been up to.

I still am not a great fan of the choice of narrator, but having communicated with Owen I understand a bit more why he picked her. Wouldn't have been my choice but she does fit for what he wanted.

I received a copy of this book in exchange for a fair review.