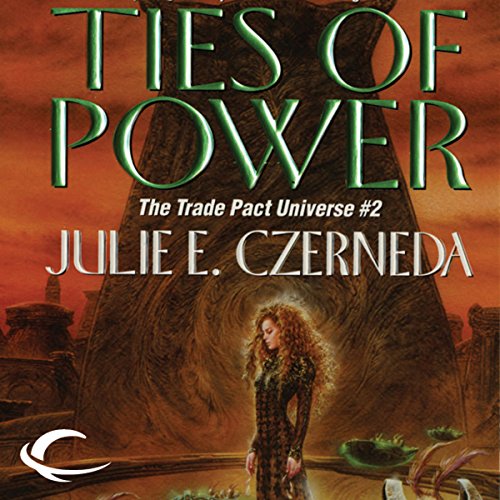 Self-exile became Sira's only choice when she discovered how deeply she'd been betrayed by the leaders of her own people. Rather than allow them to continue to use her for their own ruthless purposes, Sira, the most powerful being ever born to the alien race known at the Clan, fled with the human telepath, Jason Morgan.

Now, living on a distant world in an environment over which she has control, Sira is striving to carve out a new life for herself. But there are those determined to take from her what she will not willingly give, and when she and Jason fall victim to an unforeseen attack, it sets in motion a series of events which will see Jason searching the starways on a mission of vengeance and Sira leagued with the Drapsk, a little understood race which is extremely adept at trading.

For the Drapsk see in Sira a power which could regain them something which has long been lost. And they will do anything to protect this woman who is their greatest hope for the future.

There's a Plot in Here Somewhere...

I found this book years ago in the bookstore not long after it had been published, and was intrigued by the cover art and the summary on the back. Then, years later, I read the first book mainly just so I could get to this one. The first book wasn't that bad for an author's first work. For this one, however, I cannot be so forgiving.

First of all, this book is simply boring. This is due partially to the actual events but also to the author's lack of experience as a writer. The writing style is awkward and makes it hard to easily follow what's happening. To complicate matters, many things just aren't adequately explained, while others get needlessly repeated over and over again. Finally, the book is far too long and wordy, as many have pointed out, with about 150 pages in the middle that should have been truncated.

I dont care for the narrator's voice at all, either here or in the Honor Harrington series. She sounds too newsy for me. She breaks into GLaDOS mode when voicing some of the aliens, especially when you listen on fast speeds (which you probably will do).

This book is a typical average 90s-early 2000s scifi and doesn't hold up well against the changing times. This is not hard science fiction; it is a Lucasian fantasy set in space. Little attention is given to the tech or the alien races (except the Draspk), and at times it seems as though Czernida herself wasn't sure what the rules are, but is just fudging things through. It attempts to be part romance, but the angst going on and the awkward and contrived barrier that keeps the characters apart makes the whole thing a big mess.

This book suffers from the classic "sophomore slump" that is so well known, and you should probably skip it and go straight to the third volume since you won't really miss much.

I wish they would make the series into movies

I love it so much. I have reread the books over and over for years.