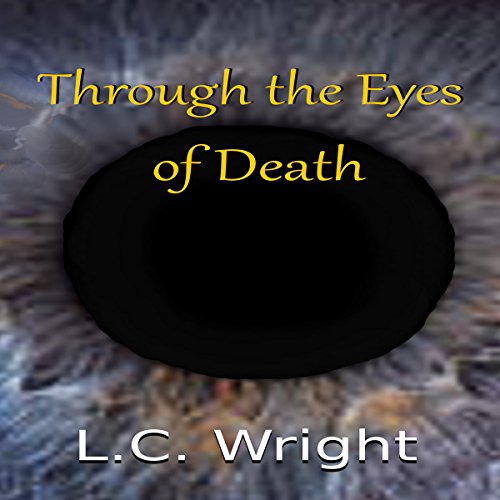 Through the Eyes of Death

By: L. C. Wright
Narrated by: Marlin May

Through the Eyes of Death approaches the murder mystery genre from both the perspective of the protagonist and through the eyes and mind of a madman. The story is about people who believe that with enough money and a total lack of scruples, you can get away with murder.

Heroes, real heroes, seldom want to save the day. They didn't start out thinking they would save the girl, take down the bad guy, and get it all done before breakfast. Those heroes are for the movies or cheesy mystery novels. That isn't Ben Simeon. This small-town cop had already fought his battles while serving his country. He already won his medals and no longer wanted to play the part. He longed for peace and quiet. He longed for his wife and daughter to be home when he got there. So many times he wished for these wonderful parts of his past. But they were gone. He would never again see his beautiful wife or hold his precious child. That was the past. That is what made this man a hero. His family. If he couldn't have them, he just wanted to be left alone to do his job.

Fortune makes a hero. And whether he liked it or not, Detective Benjamin Simeon would once again be forced to take up the badge of honor and fight until order was restored. Or die trying.

What listeners say about Through the Eyes of Death

Through the Eyes of Death

I had to work very hard to stay with this book. Even in the end, I was left with a feeling of dissatisfaction. I liked the intrigue of the thought process of the killer, but the suspense created was not supported in the end, at least for me. I expected a flashy, exciting end and it wasn't.

I loved the story and the narration was superb! With his smooth voice, the actor gave the killer an extra creepy twist. I really enjoyed this title!