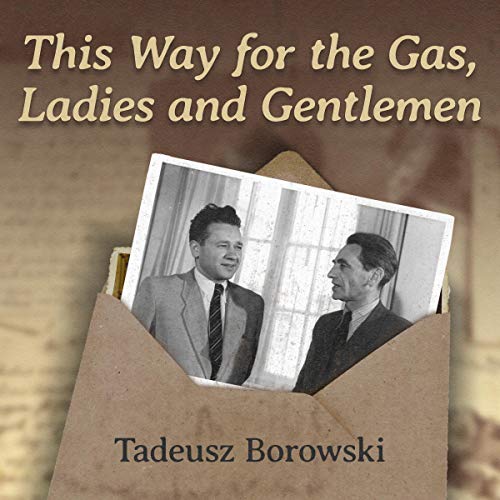 This Way for the Gas, Ladies and Gentlemen

Tadeusz Borowski’s concentration camp stories were based on his own experiences surviving Auschwitz and Dachau. In spare, brutal prose he describes a world where where the will to survive overrides compassion, and prisoners eat, work, and sleep a few yards from where others are murdered; where the difference between human beings is reduced to a second bowl of soup, an extra blanket, or the luxury of a pair of shoes with thick soles; and where the line between normality and abnormality vanishes. Published in Poland after the Second World War, these stories constitute a masterwork of world literature.

For more than 70 years, Penguin has been the leading publisher of classic literature in the English-speaking world. With more than 1,700 titles, Penguin Classics represents a global bookshelf of the best works throughout history and across genres and disciplines. Learners trust the series to provide authoritative texts enhanced by introductions and notes by distinguished scholars and contemporary authors, as well as up-to-date translations by award-winning translators.

What listeners say about This Way for the Gas, Ladies and Gentlemen

There are no words for how astounding this work is in its breadth. The way Tadeusz Borowski tells the story is so matter of fact that it leaves the reader shocked. But it's a bolt that is needed. It's real, visceral. It's human beings at their most primitive, just trying to survive. And knowing the horror of Borowski's life in general, and his tragic death, it adds an even greater depth to the reading. READ THIS BOOK. This shouldn't be an option. It should be mandatory. And Roy McCrerey is a revelation.