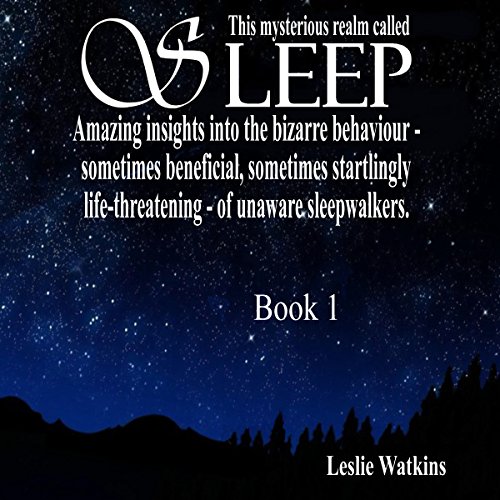 Sleep is a mystery packed with surprises. Most people are unaware that every night vast numbers of sleepwalkers display totally unexpected behavior. They move around in their hundreds, in their thousands, and they're spread through every town and city in the world.

There's the famous musician whose dream gave him one of the most successful songs of this century - one enthusiastically covered by a host of stars including Frank Sinatra, Elvis Presley, and Liberace. Equally intriguing is the case-history of the daughter of pauperized former slaves in Louisiana who, thanks to information given in a dream, became one of the world's richest women - and an immensely generous philanthropist.

Some call it the mystery of slow-wave sleep when behavior by sleepwalkers, which seem too bizarre to be possible, takes place. They are typified by the baffling talent of Welshman Lee Hadwin, the first example in this book, who is a brilliant artist - but only when fast asleep. He cannot paint nor draw when awake and yet his hypnotic paintings sell for hundreds of thousands.

And then there's sexomnia, when primal urges in the brain take control, like the case of Toronto landscaper Jan Luedecke accused of raping a young woman. He had sex with the woman and yet Ontario Court Judge Russell Otter ruled that the attack had been involuntary and acquitted Luedecke. He walked from the court a free man. Why? Because the judge ruled Luedecke had been asleep when he raped the girl.

Somnambulism, parasomnia, noctambulism are just a few of the names for such strange, fascinating and sometimes terrifying goings-on. Lesley Cusack of Warrington in Cheshire - a mother-of-three - who was desperate to lose weight cooking huge meals while asleep; dieting furiously during the day but eating herself to death each night. These are just some of the incredible cases explored in This Mysterious Realm Called Sleep.

What listeners say about This Mysterious Realm Called Sleep