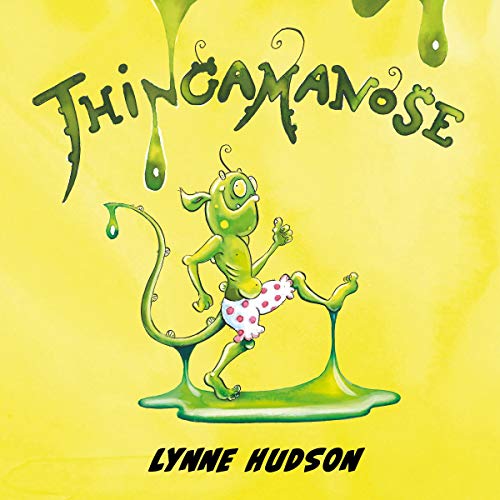 There’s a Thingamanose stuck up Rose’s nose but nobody believes her - especially Dad! He thinks he "nose" best! A comically illustrated, rhyming children's audiobook for those with a nose for mischief. Contains slime!

A story about a thing-up-a-nose and how sometimes it's very annoying when adults don't believe you.

Rose's life is snot-very-fun after she wakes up to find her nose blocked with a Thingamanose stuck up there. But, however she moans, nobody believes her, especially her parents. After the Thingamanose escapes on a school trip to a pepper factory (to have a "nose" around!) it causes havoc. Can Rose find a way of capturing it and convincing her parents she is telling the truth? That there is such a thing as a Thingamanose!

What listeners say about Thingamanose