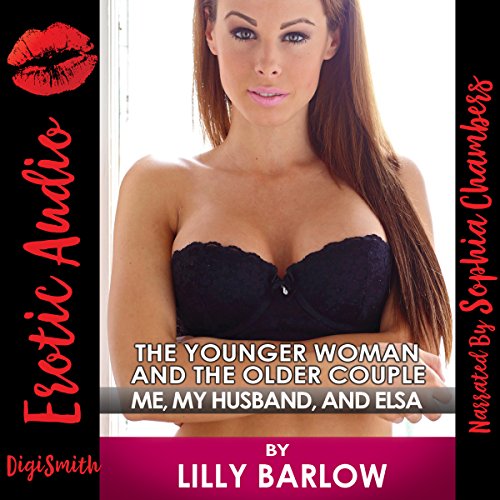 The Younger Woman and the Older Couple

Me, My Husband, and Elsa
By: Lilly Barlow
Narrated by: Sophia Chambers
Length: 29 mins
Categories: Erotica, Literature & Fiction
4.0 out of 5 stars 4.0 (1 rating)

The Younger Woman and the Older Couple

Here is a preview:

Holy shit. I was going to go for it. I was actually going to try to seduce a younger woman.

It was an odd realization, of course, but there was also some pretty damned surprising excitement that went along with it. Ultimately, I wasn't going to sit around and fantasize about Elsa. I was going to f--k her. Well, I was going to try to f--k her anyway. I tried to consider the best way to do that when the doorbell rang. I made my way to the door and there she was holding onto a box. "Honey," I said, "You don't need the doorbell anymore. You can just walk in."

She smiled and said, "Okay but I don't have a key yet."

What listeners say about The Younger Woman and the Older Couple