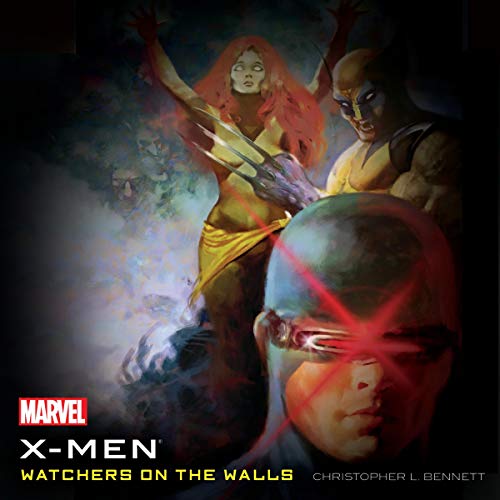 The X-Men: Watchers on the Walls

By: Christopher L. Bennett,Marvel
Narrated by: Frankie Corzo
Try for £0.00

For years, many have believed that the rise of superpowered mutants represents a threat to the survival of ordinary humans. The uncanny X-Men have dedicated their lives to proving that peaceful coexistence is possible. When a refugee spacecraft crashes on Earth, hounded by a warship bent on its destruction, the X-Men race to the rescue - only to learn that it carries beings of an entirely different order whose very existence may jeopardize life as we know it.

Now, facing a direct threat to all life on Earth, the X-Men grapple with an impossible moral dilemma - to defend the aliens whose only crime is being born different...or to embrace the methods of those who have long condemned mutantkind, joining forces with their own greatest persecutors to go hunt down their common enemy and end the evolutionary menace, once and for all.

What listeners say about The X-Men: Watchers on the Walls