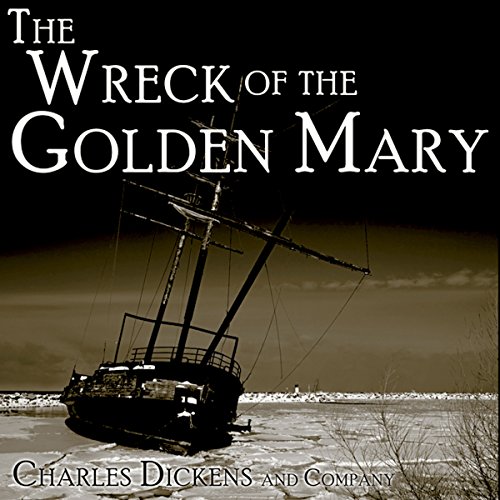 The Wreck of the Golden Mary

Charles Dickens once again gathers his favourite storytellers around him and 'conducts' the story of 'The Wreck of the Golden Mary'. Dickens leads, Percy Fitzgerald, Harriet Parr, Adelaide Anne Procter and others follow....

What listeners say about The Wreck of the Golden Mary

For Fans of Little Nell and Similar

If you like Dickens's style of pathos, you will like this collection. Written very well, of course, but if Philip Bird were not such a good reader I could not have finished it.

All that glitters aint neccessarily gold

What made the experience of listening to The Wreck of the Golden Mary the most enjoyable?

The way the story constantly surprised me

What other book might you compare The Wreck of the Golden Mary to and why?

Jules Verne's 'The Survivors of the Chancellor

When the survivors finally spotted a ship

I suppose it was the young Scotsman's story about the anniversary of his sisters birthday.

I you like old time ships and survival stories, it is quite entertaining.