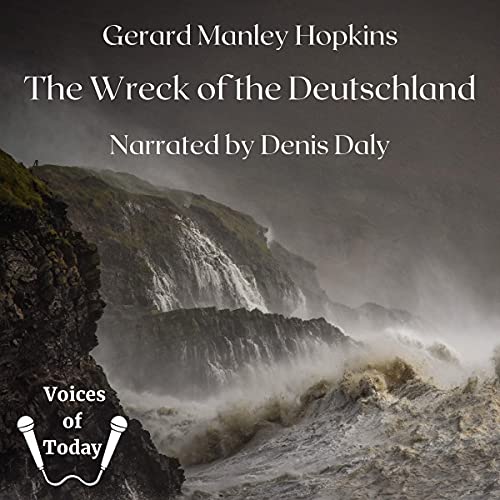 The Wreck of the Deutschland

By: Gerard Manley Hopkins
Narrated by: Denis Daly
Try for £0.00

The Wreck of the Deutschland by Gerard Manley Hopkins

This poem was composed in 1875 and 1876, but was not published until 1918. It is considered by many to be Hopkins' masterpiece.

It bears the following dedication:

"To the happy memory of five Franciscan Nuns

exiles by the Falk Laws drowned between midnight and morning of Dec. 7th. 1875"

One hundred and sixty-eight passengers and crew died when the steamship Deutschland ran aground on the Kentish Knock. Among these were the five nuns who had been expelled from Germany under the anti-clerical Falk laws and were on their way to take up mission work in America. The deaths were largely due to the unwillingness of the passing vessel to heed the distress signals from the Deutschland.

Hopkins weaves many Christian themes into his poetic retelling of the tragedy, including the inevitability of suffering, divine providence, salvation, and the hiddenness of God.

What listeners say about The Wreck of the Deutschland