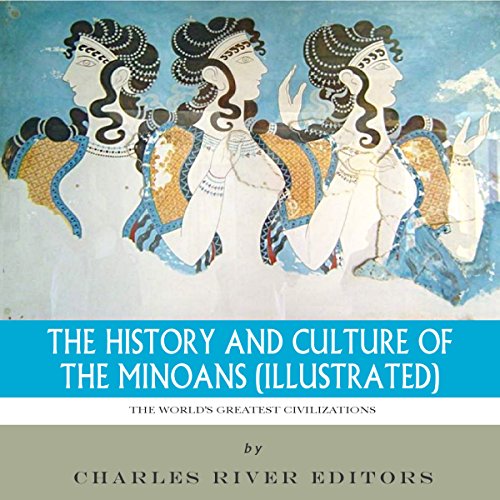 The World's Greatest Civilizations: The History and Culture of the Minoans

The World's Greatest Civilizations: The History and Culture of the Minoans

Nearly 2,500 years after the golden age of Athens, people across the world continue to be fascinated by the ancient Greeks. But who did the ancient Greeks look up to? The answer to that question can be found in Homer's The Odyssey, in which Odysseus makes note of "a great town there, Cnossus, where Minos reigned." It was perhaps the earliest reference to the Minoan civilization, a mysterious, ancient civilization that historians and archaeologists still puzzle over, but a civilization that renowned historian Will Durant described as "the first link in the European chain."

Nearly 2,000 years before Homer wrote his epic poems, the Minoan civilization was centered on the island of Crete, a location that required the Minoans to be a regional sea power. And indeed they were, stretching across the Aegean Sea from about 2700-1500 BC, with trade routes extending all the way to Egypt.

The Minoans may have been the first link in the "European chain", leading to the ancient Greeks and beyond, but questions persist over the origins of the civilization, the end of the civilization, and substantial parts of its history in between, including its religion and buildings.

The World's Greatest Civilizations: The History and Culture of the Minoans shines a light on this Bronze Age civilization, providing a comprehensive overview of the reign of the Minoans and their lasting influence on European art, culture, trade, and more. Along with a description of Minoan life, you will learn about the civilization some have dubbed the first Europeans.

What listeners say about The World's Greatest Civilizations: The History and Culture of the Minoans

this is a computer reading this not a human

apparently this is read by 'maria chester', but it's obviously a computer not a real human being. they should make that clearer before u buy this as it makes a BIG difference

Would you ever listen to anything by Charles River Editors again?

Who would you have cast as narrator instead of Maria Chester?

a REAL HUMAN BEING

seriously audible can u get to the bottom of this narrator..

We don't really know a lot about the Minoans, do we? We can only learn as fast as archaeology provides, so it wasn't surprising that this work is concise. As for the narrator ... it was definitely "read" versus performed, but I don't really think it's computer-generated. There were some areas where words were stressed incorrectly for the English ear, but most of it sounded like someone trying very hard to speak clearly and "pleasantly". It's a sound that narrators used to strive for, but perhaps it's too neutral for the audience of today.

While the information in here is interesting it sounds like the voice is done by a computer. The information gets through but can be a bit hard at times to keep attention on it