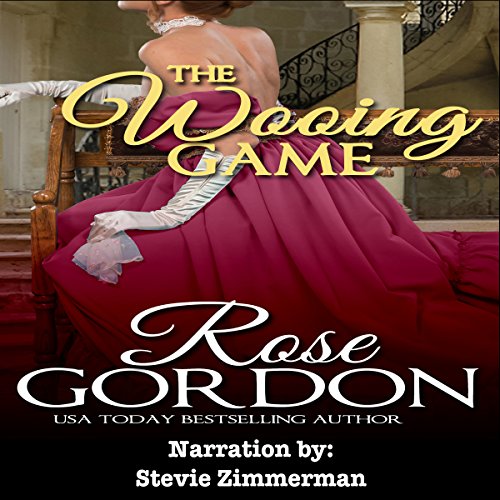 By: Rose Gordon
Narrated by: Stevie Zimmerman
Try for £0.00

The first meeting for James, Earl of Wynn and Miss Charlotte Cavanaugh was not so spectacular. Come to think of it, neither was the second, which led to a hasty marriage followed by three years of speculation as to why the two were never seen in the same room. But that's all about to change.

When an anonymous letter of admiration - and scandalous invitation - arrives for Charlotte, James realizes this might be his chance to start over, and thus begins The Wooing Game.

What listeners say about The Wooing Game