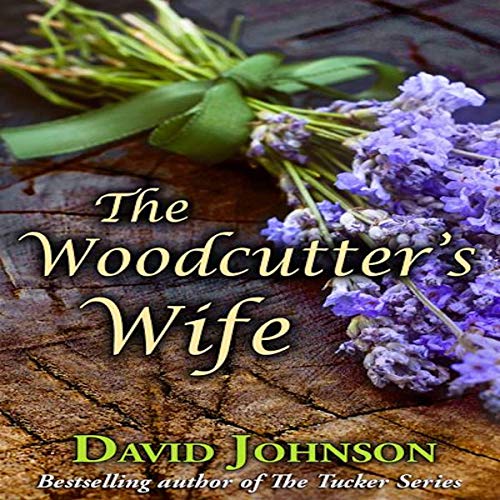 By: David Johnson
Narrated by: Sarah L. Colton
Try for £0.00

Set against the backdrop of the Civil War comes a tale of love lost and found.

Mary Thomson is no ordinary woman. She works alongside her husband William cutting firewood to sell in the city, earning the nickname “The Woodcutter’s Wife”. She kills a bear with her bare hands. And she prefers plowing a field to cooking a meal. The one thing she cannot seem to handle is the melancholy that has enveloped her. Mary lost four children before they were a year old, and the doctor says she will never be able to conceive again.

Mary’s world flies apart when William disappears, leaving her with the arduous task of tending their farm by herself. Using her fierce independent spirit to cope as the war rages around her, she finds help in the form of a freed slave who offers his help. But fate throws her another dramatic curve, forcing her to make the most difficult choice of her life.

David Johnson, author of the bestselling Tucker Series, has written another of his signature Books with Heart.

What listeners say about The Woodcutter's Wife

This book checks all the boxes. Wonderfully written story ✔ Characters that get you emotionally involved ✔ Story that keeps your attention ✔ Backdrop of accurate history ✔ Narration that is surpurb ✔✔✔. I was pleasantly surprised to find this book so engaging. It flows smoothly yet has a lot of character angst and sad situations as should be expected during the civil war. It's the kind of story that stays with you when you finish it. I highly recommend this book to anyone who enjoys a well written civil war story. 😀 I received a review copy of this book at my request and am leaving my honest review. 😊

This book was an interesting focal point of the civil war and times. It has some twists that kept coming through the last page and is about surviving.

You will experience a lot of emotions with this story, so get the tissues out.

The storyline was really unrealistic, predictable, and the characters were just really boring and shallow.

what a great story been sitting in my liberty for a while until now.
The characters are well created and the narrator is very good.
the story gives you insight to the life of the people in the civil war. from all sites. just great job.

This was a good book it showed the hardship and heart breaks of life,the challenges and losses

This was one of the best books I’ve read in a long time. The twist and turns had my heart racing. I laughed and cried with Mary. David Johnson is a master writer. I’ve read several of his books and have enjoyed them all. Highly recommended!

I absolutely loved it! The narration is superb and gives the story that extra flair! It will keep you entertained. This author does a great job with the character builds and plot. This was my first book by this author and I look forward to reading more of his books. I was given this free review copy audiobook at my request and have voluntarily left this review.