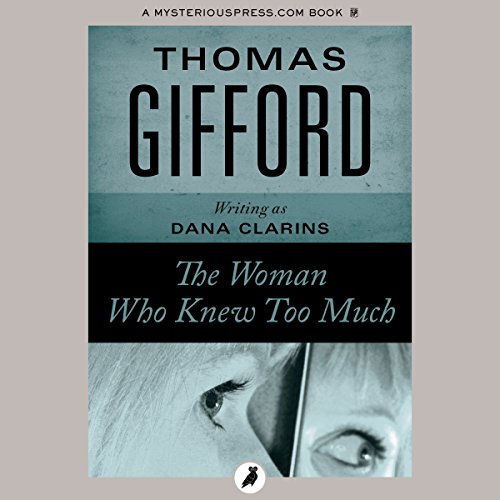 The Woman Who Knew Too Much

The Woman Who Knew Too Much

A mysterious note leads a struggling actress to a strange murder investigation.

After two decades of striving, Celia is tired of waiting for her big acting break, and finds consolation only in a specific narcotic: mystery novels. After an afternoon binge at the sprawling Strand bookstore, she emerges with a baker’s dozen of second-hand thrillers. Inside one of the novels she finds a real-life mystery that will prove to be the greatest she’s ever read.

She discovers a slip of paper listing nine bullet points, starting, "in re the murder of the Director". Who is the Director? Why would someone want him dead? And what on Earth does Dan Rather have to do with it? As Celia dives into the puzzle, she finds herself locked in a life-or-death struggle with a gang of international conspirators. These evil men would scare her to death if she weren’t a veteran of New York’s toughest battlefield: the audition room.