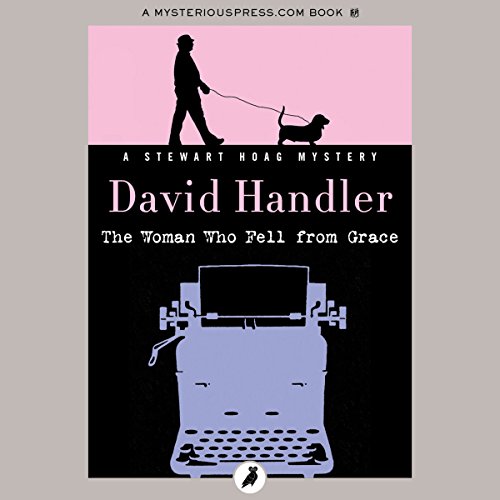 The Woman Who Fell from Grace

Few American novels are as beloved as Alma Glaze’s Revolutionary War epic, Oh, Shenandoah. Although Glaze died before she could write a sequel, she left behind an outline for one, along with instructions that it not be written until 50 years after her death. The deadline has passed, and the American public clamors for the long-promised Sweet Land of Liberty. Only one thing stands in its way: Glaze’s heirs.

Her daughter, socialite Mavis Glaze, is writing the novel under guidance from her mother, who she claims has been appearing in her dreams. As Mavis’s writing spirals farther into madness, her brothers hire Stewart Hoag, a ghostwriter famous for dealing with troublesome celebrities. When he arrives at the family’s Virginia manor, he finds that Alma’s is not the only unsettled spirit. Blood was spilt for Oh, Shenandoah, and more will die before the sequel hits the best seller list.

What listeners say about The Woman Who Fell from Grace

I really enjoyed this book. Well written and narrated, looking forward to the next one.

This is the second book by David Handler that I have listen to . I believe I like this book even better than the first . I love the sarcastic wit of the main character, and the narrator, Sean Runnette , has a perfect voice for this character . The relationship between the main character and his dog, Lulu, is amusing. The dog is a very amusing part of the story . I intend to continue listening to this series . If you enjoy a little sarcasm and humor, with your mystery, then this is a book series for you .