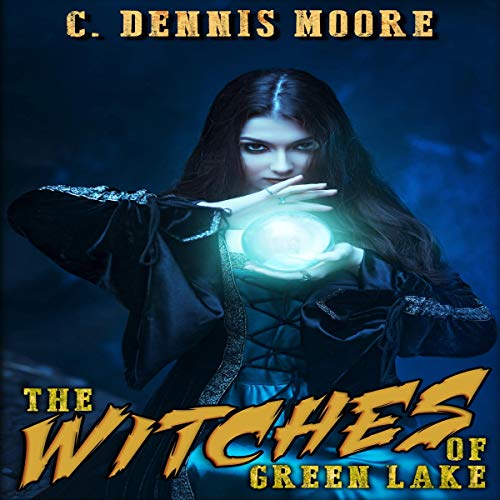 The Witches of Green Lake

The Witches of Green Lake

Give her a kiss, the voice says in the night. David Reed’s life has been upended lately, and now a disembodied voice is about to herald an all-new low to which he can sink - as if that thing he made himself do six months ago wasn’t bad enough.

But the tragedy David’s life has become since then is nothing compared to what this night holds.

Because it’s not just a kiss the voice wants, but the kiss. The Devil’s Kiss. The source of all his troubles. David thought he’d seen the last of it, but now it seems he’s going to have to confront the worst thing he ever had to do if he wants to make it through the night.

The Witches of Green Lake won’t be denied.

What listeners say about The Witches of Green Lake

What is the price of a loved one?

This third episode of the Monsters of Green Lake delves into just how far you might go for a loved one. Along with his normal level of action and suspense, Mr. Moore has created a trilogy that follows one family and their challenges in Green Lake and the numerous paranormal occurrences they encounter. While Mr. Moore’s Angel Hill stories are my favorite of his works, this series is now running a close second on my list of favorites. Curt Campbell’s narration made one of my favorite horror stories even better.