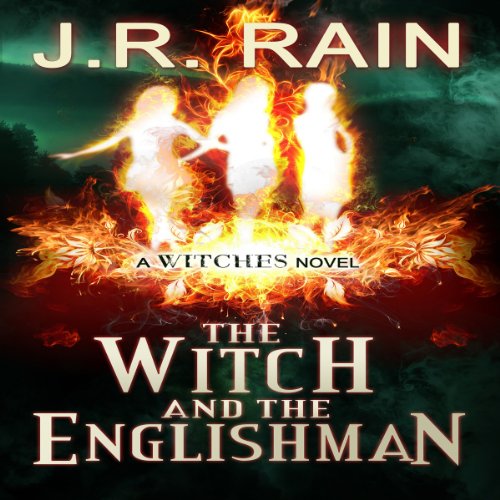 The Witch and the Englishman

Witch and psychic Allison Lopez returns in The Witch and the Englishman...and her powers are stronger than ever, thanks to her close association with an immortal friend, and her coaching by a ghost witch. In Book 2 of this series, Allison is asked to look into a murder mystery that's much, much more than she ever bargained for. Luckily, she's not alone in her battle against an ancient evil.

On the Psychic Hotline, Allison speaks with an Englishman whose daughter is in big trouble. When Allison meets him, she learns that his daughter has been arrested for a murder she can't remember. Allison also discovers that his 100-year-old house has a dangerous entity living within...and it's not the first time something bad has happened here. Allison enlists the help of her new friend, Ivy Tanner, a Hollywood actress, to get to the bottom of the haunting of the house on Mockingbird Lane. They must hurry before evil befalls the charming Englishman.

What listeners say about The Witch and the Englishman

This new installment in the Witches Trilogy is really entertaining as audio. I love this narrator, and it's great to hear some of the old characters, as well as the new ones. Really fun new-to-the-series characters, by the way. Even Samantha Moon is in this one, on the phone, anyway. The story is a bit scary, and the voice of the demon gave me shivers, especially when it sniffed the air of a spell that was brewing, but it's still Allison, who's always sweet and funny, and a new witch named Ivy. I wish these two were neighbors of mine LOL. If you liked the first book, you'll like this one too I bet. I know I did.

It was good but far too short. Why can't we get a whole book from this author?

This short book repeats a lot of the first book

In an effort to standalone, this short book spends a lot of time repeating the events of the last book and explaining who the main character's friends are and where they come from, etc. So, there isn't actually all that much new story to it. The new story is ok, but it seems like it was almost an afterthought and that the purpose of the book was to reintroduce all the prior characters and introduce one new witch character.

In book 2 Allison seems to come more comfortable with the fact she is and has been a witch and working as a physic on a telephone line.

This series fills in Allison’s story about how she is now a witch from the Samantha Moon stories. So entertaining!! I love it and recommend it whether you’ve read the Samantha Moon series or not. I think it would “stand alone” just fine. Both series are especially fun if you live in Southern California. If not, still read these books!!!