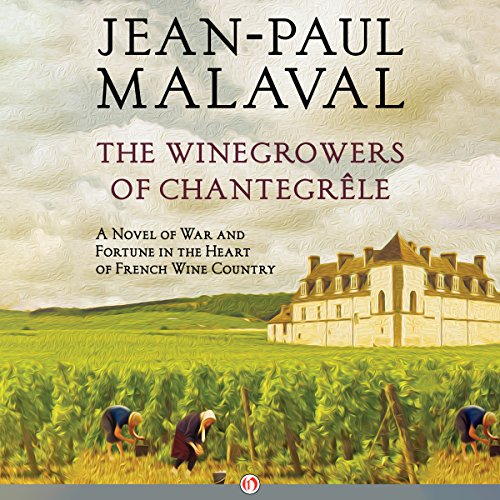 By: Jean-Paul Malaval
Narrated by: Jean Brassard
Try for £0.00

War and fortune tore two families apart...and an indomitable love brought them together.

In 19th-century France, 16,000 hectares of vineyard spread across Lower Corrèze. Count Firmin de Janelles rules over Chantegrêle. The Madelbos and Pierrebrune families detest one another, and the advent of Napoleon III awakens the hostilities between the village Bonapartists and Republicans. Meanwhile the count is in financial ruin because of a devastating insect ravaging the vineyards.

But amid the decline of the empire, a powerful love between Alain Madelbos and Albine Pierrebrune blossoms. This unexpected union will bring about the alliance and reconciliation of the warring townspeople while Republican idealism triumphs and a new breed of landowners emerges.

What listeners say about The Winegrowers of Chantegrêle

A book of strong male characters

I always struggle when I can’t find sympathy with the characters in a book. This is a history of a place and its flawed occupants in amazing times. The historical back drop is good. The main protagonists in this book are harsh caricatures. The women are weak and effectively done to objects. The doctor is the saving grace, his conscience and morals make him the real strength of this story.