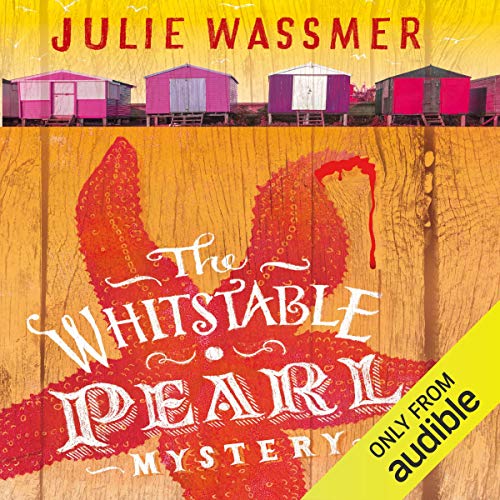 By: Julie Wassmer
Narrated by: Jenna Russell
Try for £0.00

Pearl Nolan always wanted to be a detective, but life - and a teenage pregnancy - got in the way of a police career, and instead she built up a successful seafood restaurant in her coastal hometown of Whitstable - famous for its native oysters.

Now, at 39, and with son Charlie away at university, Pearl finds herself suffering from empty nest syndrome...until she discovers the drowned body of local oyster fisherman Vinnie Rowe, weighted down with an anchor chain, on the eve of Whitstable's annual oyster festival. Is it a tragic accident, suicide - or murder?

Pearl seizes the opportunity to prove her detection skills and discover the truth, but she soon finds herself in conflict with Canterbury city police detective Chief Inspector Mike McGuire. Then another body is discovered - and Pearl finds herself trawling the past for clues, triggering memories of another emotional summer more than 20 years ago....

What listeners say about The Whitstable Pearl Mystery

once I got use to the characters the mystery flowed very well. needed to listen a few hours at a time. a very enjoyable pastime. ended perfectly. I shall look out for more mysteries by this author and. recommend them to family and friends.

Easy to listen to, liked the pace and coastal town setting. Will be looking out the next in the series.

Not much of a thriller more chick lit

A bit of crime at the beginning and end at that is it. She is no Miss Marple.

I've read quite a few of this soft/gentle detective crime genre, and to me the key to them is the ability not only to create a likeable character but also a realistic and vivid picture of the world around them. I find that julies descriptions of Whitstable and the significance of the sea was almost like another character in the story. in all a well crafted story and I hope there will be another.

Dragged on too much

The story was ok but the narrator was too slow and deliberate in her presentation.
Too much emphasise on oysters and the ending was easy to predict
.

I enjoyed this book, the story and the reading, and visited Whistable to see some of the sights from the book.