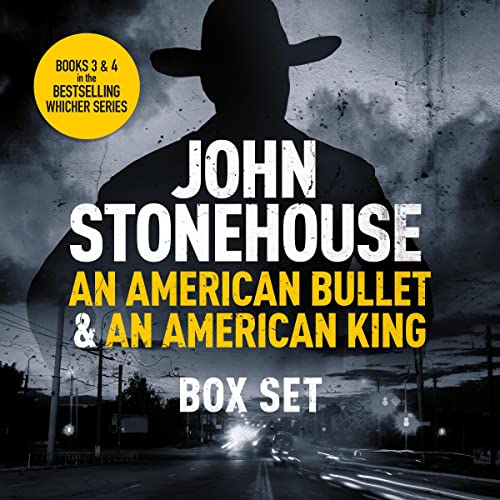 The Whicher series, Books 3 and 4

By: John Stonehouse
Narrated by: J. Rodney Turner
Try for £0.00

John Whicher is a US Marshal, a criminal investigator in today's American Southwest. From the remote and rugged lands of West Texas, John Whicher is a modern-day investigative marshal in the Amazon best-selling crime fiction series by author John Stonehouse.

Winter in Colorado - a storm moving in, a passenger train collides with a car.

US Marshal John Whicher is called to assist a marshal riding onboard. On arrival, no trace of the man can be found. But, a young woman asks to be arrested…

This story unfolds during a violent rash of crime in Whicher's hometown.

Working for the Abilene US Marshals Office, Whicher investigates a baffling murder, part of an outbreak of lawlessness that threatens to escalate out of control. Assigned a new partner to help work a case unlike any he's known, what starts in shadow soon burns a path across the city, ever close to home...

What listeners say about The Whicher series, Books 3 and 4