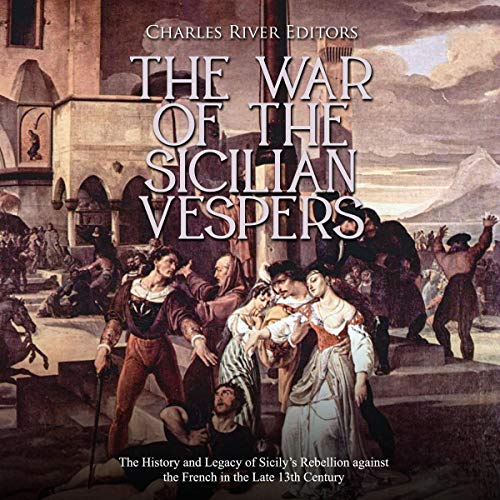 The War of the Sicilian Vespers

The largest island of the Mediterranean has always been a complicated place with a fraught relationship to the Italian mainland. Separated by only the narrow Strait of Messina, Sicily feels like a different country in many ways, and the differences between Sicilians and Italians are much vaster than the tiny geographical separating them might intimate. For example, the linguistic differences between the two are substantial, as Sicilian is practically its own language, rather than just a dialect. In fact, most Italians have difficulty understanding Sicilian if they can comprehend any of it, at all.

However diverse Sicily might be, it is also paradoxically considered to be an emblem of Italy itself - a paradox it shares with Naples. In fact, Frederick II was the last ruler of a fully autonomous Sicily, and his son Manfred (r. 1254 - 1258), was the final Norman ruler in Sicily. Manfred met his death heroically on the battlefield, fighting the army of Charles of Anjou after Charles was made King of Rome by the Vatican in 1266.

Charles chose Naples as the capital of his lands, and this created tensions between his people and the Sicilians, culminating with a rebellion known as the Sicilian Vespers of 1282. According to legend, the rebellion started after a French soldier harassed a Sicilian woman on Easter Sunday outside the Church of Santo Spirito.

When it started, the rebellion inaugurated a period of anarchy in Sicily, and for a time, it was unclear who would take the crown. Two warring factions, the Aragonese and the Angevins, competed for the crown for 90 years, to the detriment of all involved.

At one point, there were two different kings of Sicily, one from each side, and it was not until 1372 that peace was finally reached and the Aragonese were awarded rule of Sicily. As a result of all this geopolitical turmoil, Sicily’s status in the world was greatly diminished. Spain was on the rise, and even if Palermo received certain bureaucratic dispensations, nothing would shift the center of power back into Sicily’s orbit. In the wake of the infighting, Sicily was affected by other major geopolitical events elsewhere.

When Constantinople fell in 1453, the ascent of the Ottoman Turks meant that Sicily was constantly being threatened. Pirates and corsairs from North Africa continued to besiege the coastal towns, and the island became an important staging ground for those trying to counter the Muslims.

Thus, while much of Europe experienced a flourishing culture during the Renaissance, the 15th and 16th centuries in Sicily were completely cut off from all the cultural and technological advances, despite the fact Italy was the epicenter of everything. Moreover, thanks to Spain’s Catholic zeal, Sicily faced the worst excesses of the Counter-Reformation.

The War of the Sicilian Vespers: The History and Legacy of Sicily’s Rebellion Against the French in the Late 13th Century chronicles the revolt and the ensuing war that was fought among several European powers.

What listeners say about The War of the Sicilian Vespers