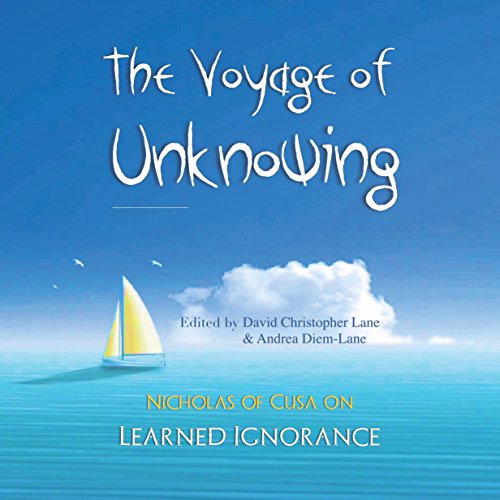 The Voyage of Unknowing

The Voyage of Unknowing

I first encountered the mystical logic of Nicholas of Cusa when I read S.L. Frank's magnificent (and underappreciated) volume, The Unknowable. I was both mesmerized and haunted by Cusa's koan-like summation of his philosophy when he wrote, "The unattainable is attained by its unattainment." As Socrates and other mystic-philosophers before him, Nicholas of Cusa had realized through mathematics and geometry that infinity cannot be comprehended by that which is finite. Thus what is the best way to "know" that which exceeds us? By being profoundly learned in our own ignorance and understanding that "unknowingness" is the only pathway before us.

This volume contains two elemental writings from Nicholas of Cusa: Dialogue on the Hidden God and key excerpts from On Learned Ignorance. Both of these readings deserve a very close reading, since Cusa wrote in a compacted, yet deeply pregnant, fashion, providing an intellectual landscape of precious jewels of inquiry. I have now read Nicholas of Cusa for nearly four decades and each time I find something new to contemplate. We have bookended Cusa's two selections with essays that were deeply influenced by his thinking. The first is entitled "The Mystical Dimension" and demonstrates that even as science progresses over time, there will still remain a "Mystery" given the limits of our cranial capacities and given the parameters of the universe's spatial and time specific dimensions. The second essay, "The Cerebral Mirage", is by Professor Andrea Diem and touches upon neuroscience and evolution, illustrating how easy it is for us to be deceived not only by others but also by the very make-up of our neurology. In this regard, we must be keenly aware not to confuse our present brain state (and what it conveys via its filtration system) with absolute reality. Simply put, don't confuse map-making with the actual territory itself.