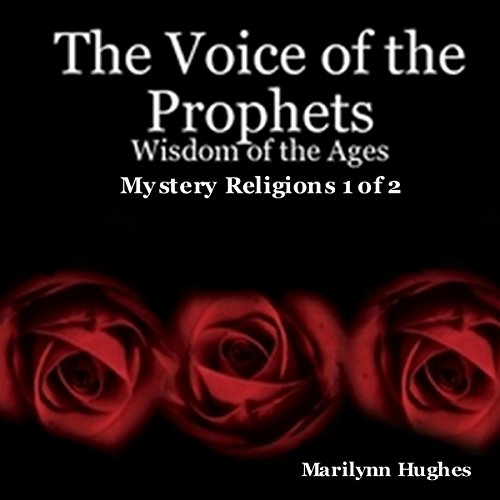 The Voice of the Prophets: Wisdom of the Ages, Mystery Religions 1 of 2

The Voice of the Prophets: Wisdom of the Ages, Mystery Religions 1 of 2

The Voice of the Prophets: Wisdom of the Ages, Mystery Religions 1 of 2: Including excerpts from The Wisdom of Thoth, The Wisdom of the Egyptians, The Emerald Tablets of Hermes, Corpus Hermeticum, The Divine Pymander of Hermes, Ancient Mysteries, Secret Societies, Initiation of the Pyramid, The Bembine Table of Isis, etc.

We have striven to compile the best of the better known and the least known of the ancient sacred texts from every religion throughout the world and throughout time. It is our hope that this series of volumes makes it possible for a lay listener to truly access some of the most important world literature in religion without having to have a library of 5,000 books in their possession.

I am pleased that this audiobook has been produced as it has helped me to listen to texts I would otherwise not have had time to study.

Unfortunately the narration of this audiobook tainted the listen somewhat. The narrator has talent and a good voice. It is a shame that he has no familiarity with the material. Likely the first time he has read these works. He cannot pronounce Zarathustra, Goethe, Demiurge and many more words. There are countless mistakes which have been left in.

Nonetheless, the words were read and recorded. For that I am grateful to both the editor and narrator. I do not regret the purchase.