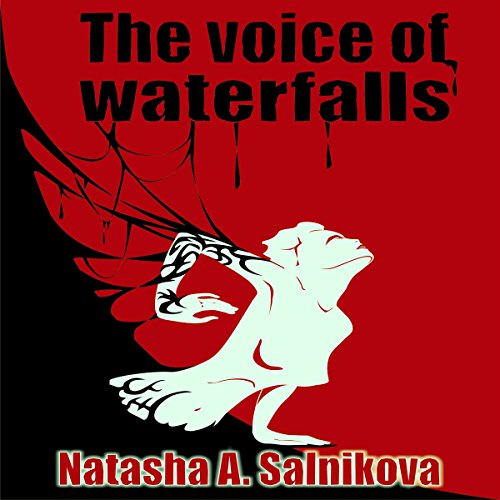 The Voice of Waterfalls

By: Natasha A. Salnikova
Narrated by: Michelle Marie

Inga manages to escape from a house of terror where she was held as a sex slave along with other girls who were kidnapped. She is chased into the woods and runs onto the road, almost falling under the wheels of an approaching car. She thought, it would be better to die that way than to return to her captors. The driver of the car, to her surprise, saves her. He brings her to his house and introduces her to his family: his mother, his father, and his younger sister. He gives Inga a key to a separate room and brings her food. She appreciates his help and calls him her knight from the road. All she needs now is a phone to make a call to her mother. Her savior, Alman, says they don't have one in the house. He's also not in a hurry to take her from his house in the woods to the town of Quiet River where she can talk to police. And Inga began to doubt the noble intentions of her savior. After some time she starts to think this house is worse than the one she was imprisoned in before, if that was possible.

What listeners say about The Voice of Waterfalls

Would you consider the audio edition of The Voice of Waterfalls to be better than the print version?

I think the audio version really brought the characters to life in a way I wouldn't have done if I'd read it. I don't own the printed version so this is only my opinion

I felt the best bit was the main two characters, Inga and Anthony were very believable. In addition they were both likeable and that makes a big difference. If you don't like or can't relate to the characters then the outcome of the book becomes of little or no importance. They really made the story for me.

Have you listened to any of Michelle Marie’s other performances? How does this one compare?

I find that American narrators don't always come over well with English audiences. Their accents are too difficult or their pronunciation of certain words can really spoil an audio book for me. Luckily, although I was unfamiliar with the narrator's accent, it wasn't an issue because her reading was spot on. Also, the subtle changes in her voice for the different characters was very good and consistent throughout the entire 10 hours. That is very impressive

A very interesting and fun horror novel! The point of view change took some getting used to, but it was brilliant how it all came together.

I was given a free copy of this story for an honest review. I wasn’t completely sure if I’d like it or not, although it did catch my attention and sounded interesting. I’m glad I asked for a copy. This was such a great, well-written story and it held my attention the whole time. When compared to a lot of stories I’ve read or listened to, I come across boring spots in which I’ll just set the story down for a while or skip ahead. In this case, that didn’t happen once, in fact, I had a hard time setting it down even for bedtime. I knew that Anthony would end up meeting and helping Inga out, in the end, yet I had no idea how the story was going to play out.

This was my first time listening to an audiobook by this narrator. While I feel she did a great job, I’m not sure if her hesitation when speaking was because of how she naturally speaks, whether it was added into the story because of the subject matter, or because she hasn’t narrated many audiobooks. Either way, it worked! The hesitation provided a nice way of showing how unsure the main characters were when confronted with some questioning situations.

In the end, I’m definitely interested in reading/listening to more by Ms. Salnikova.

Every Town Has Secrets

If you could sum up The Voice of Waterfalls in three words, what would they be?

That it wasn't what I was expecting. Wasn't the typical kidnap/torture/escape story.

Which character – as performed by Michelle Marie – was your favorite?

Mira. She was my type of creepy. The voice was fitting and she definitely gives chills.

I had to listen to the book in sessions because I would get too anxious about what was coming next and have to take a break. Once we learned more about the family Inga is rescued by and who they are and why they are I really started to enjoy it more. After that I became less anxious and then really wanted to hear more and didn't need breaks.

OMG! This book was awesome!!! Think of Dean Koonz and Stephen King...yeah...
Inga escapes from a house where she was a sex-slave. She is almost caught when a stranger stops his car and fends off her captors. The stranger takes her to his home and promises that they will get help in the morning. He introduces her to the rest of his family...dad, mom & teen sis. Then things get interesting...the stranger, Alman, keeps coming up with excuses for not running Inga into town and his family is plain weird. Inga runs away and makes it to the small town sheriff's office...only to be picked up by Alman & his family. Meanwhile, attorney-Anthony, is in town to visit his grandmother as well as recover from a case gone wrong. Anthony witnesses the encounter at the sheriff's office and dismisses it, but soon the strange vibe in the town has him investigating. Inga is back at Alman's family's home and is trapped! No spoilers...just know that there is some serious supernatural stuff...murders...and a town that is dangerous to outsiders. After listening to this story, I'm less likely to visit teeny tiny towns...lol
I received a complimentary copy in exchange for an honest review.

"The Voice of Waterfalls" was an incredibly pleasant surprise! As many other reviewers have noted, the book has a premise that has been done before (girl escapes evil, finds herself entrapped in a greater evil!). However, I completely disagree that this story was cliched. I think Salnikova hit on all the points we would expect, but did it in such a way that I found it satisfying, surprising and compelling. The villains in this tale are unimaginably twisted; I couldn't stop listening for I absolutely had to know how Inga was going to get out of that mess. The characters were believable despite their sinister behavior; the paranormal element was a unique and interesting plot point.

Michelle Marie, however, was the rockstar of this book for me. She pulled me in right from the beginning and made me feel pity for the characters even when I thought they were being stupid. Her voice performance was absolutely stellar - I intend to seek out more books narrated by her!

wow, from one bad life to anther

This poor girl, really, what else could go wrong for her?
She is finally on her own out in the big girl, naïve and ready to be in model and just live life a little bit. well it all goes down hill from there. The story starts off with her at what she call the house of torture where she is a captive sex slave. She finally escapes, and finds herself in a worse hell, if that is even possible.
I read a few reviews about how it needs to be edited. It seems the audiobook was edited. This book was translated I believe from the Russian to English, there maybe a few parts that have maybe a funny saying our two but nothing really to noticeable.

A+ Performance & Another Great Book by Salnikova!

This is the second novel that I have had the pleasure of listening to by Natasha A. Salnikova and she has never disppointed me. When I first chose to listen to the story, I was put off by some of the reviews that criticized the narrator. The first booked I listened to of hers was "Rotten Apple" which was SO good. Based on that, I decided to judge the narrator for myself and I'm glad that I gave it a chance.

I actually loved the narrator, Michelle Marie. The main character Inga, sounds meek and that is exactly who she is, not to mention young with minimal experiences. Her captor sounded dumb and insane which he was. I loved the voice of Anthony's grandma.... it was just so good and I really enjoyed her. The captors sister's voice was also on point, she was such a nasty psychopath and the way she taunted Inga made me hate her and hope for vengeance.

There are many great twists and throughout I found myself looking for someone to show her compassion and get some justice. I also loved listening to Inga evolve and confront her naturally shy tendencies.

Overall, this book is packed with suspense, mystery, and twists you won't see coming. The book is more of a thriller than a paranormal story and I thought the balance of the two were perfect. I love this author and look forward to listening to more of her work.

I felt bad for Inga, the main character, throughout this story. It was an unsettling story about her going from one horror to another. The family was creepy and the writer did a good job of slowly dripping out the horror and unease. It wasn't a full blast all at once. Well done there.

At first, I thought the story wasn't as interesting whenever it switched to Anthony's POV. You have the excitement with Inga, then suddenly we are in Anthony's shoes. But! Once their paths cross, Anthony became more interesting. It just takes a few chapters of knowing him before there's crossover. I still preferred Inga to Anthony, though.

Other reviews mention that the story relies on well-trodden tropes. It helps that the writer applied those tropes well and kept up the interest. The supernatural elements...it was a twist and a surprise for me. Even though the cover and title says it's a supernatural piece, it takes a while for that element to show up.

Narrator did a decent job of differentiating the characters. Anthony sounded stiff, which suited his character. Almond sounded like a dimwit, which also fit his character. Inga's emotions were done well. My favorite voice for the narrator was Mira's, the teenage girl in the family. Delightfully antagonistic, that voice was.

I received a free copy of this for review. I chose to review this voluntarily.

what a captivating story. Kept me entertained through the whole thing. Loved it. I was voluntarily provided this free review copy audiobook by the author, narrator, or publisher

How many times have you heard / read a story like this - girl escapes from one misery and the rescuer turns out to be bigger evil? Same story here, only difference being supernatural is woven into it. The twists in the story were kinda predictable. The narrator does a good job though. Extra points for that.