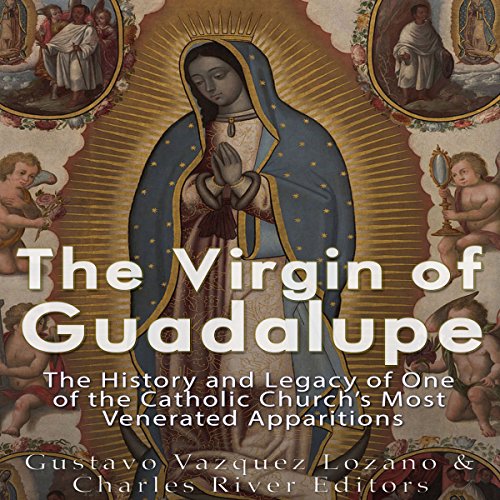 The Virgin of Guadalupe

No other artwork in the world is comparable to the Virgin of Guadalupe. What makes this painting unique - located in the Basilica of Guadalupe, north of Mexico City - is not precisely its artistic quality, as is the case with the Mona Lisa by Leonardo or The Kiss by Gustav Klimt, nor its place in the evolution of painting. It clearly does not constitute a landmark in art history, and the most visited painting in the world is certainly not the summit or the harbinger of a new aesthetic movement, like Dali's melting watches or Van Gogh's Starry Night. In fact, for some, the execution of the image is coarse and all its elements fit well known techniques. For others, it is merely a copy of a sculpture of the Virgin found in Spain.

What distinguishes the Virgin of Guadalupe of Mexico is her universality: unlike any work of art in the world, it can be recognized by any local resident, certainly the most ubiquitous symbol in her country. It would be difficult to find a Mexican who cannot name her. The other thing that makes the Virgin of Guadalupe incomparable is her power to unite her nation, something that has been widely demonstrated throughout history. At different moments, and raised by different hands, the Virgin of Guadalupe (never the original painting) has led the troops that changed the history of the territory now known as Mexico. Not even a few hours had passed after the start of the War of Independence when the rebel army was already carrying the image of Guadalupe; in the twentieth century the image was present at the indigenous rebellion in Chiapas in 1994 and also materialized during the Mexican "perestroika" of 2000, which ended the single-party regime that had lasted for seven decades. Going further back, during Mexico's conquest, Hernán Cortés carried an image of the Virgin that, to the disinterested observer, is obviously the prototype of the Mexican Madonna.

For some, Guadalupe is the work of a talented Indian painter, and this work was retouched and embellished by others in later centuries. The majority of scholars note how the image "appeared" at a very convenient time in Mexico´s history, when evangelization functioned as the ideological arm of the material conquest of the Aztec empire. There are even reasons to wonder whether the image currently on display in Mexico City is the same as in the 17th century since it is known from testimonies of the time that Mary had a crown on her head. That means if it's the same, at the very least it has been retouched, doctored and tampered with again.

Conversely, for the believers, the image was miraculously stamped on the tilma or cloak of a man named Juan Diego. Among the latter are most of the 17 million persons who visit the original every year in Mexico City, which makes it the most visited painting in the world. By comparison, the Mona Lisa at the Louvre in Paris receives six million visitors per year.

What nobody questions —believers, skeptics or atheists— is that the Virgin of Guadalupe has been the most important symbol, religious or not, in Mexico´s history, a kind of non-official flag. Her influence has spread even to the Mexican diaspora, where it has become a sign of identity, pride and resistance among undocumented immigrants in the United States. For Mexicans, it's not necessary to be religious to believe in the power of the Virgin of Guadalupe as a unifying symbol and embodiment of national identity.

What listeners say about The Virgin of Guadalupe

Eh, it was an okay “book”. I honestly couldn’t follow it unfortunately but that’s just me.